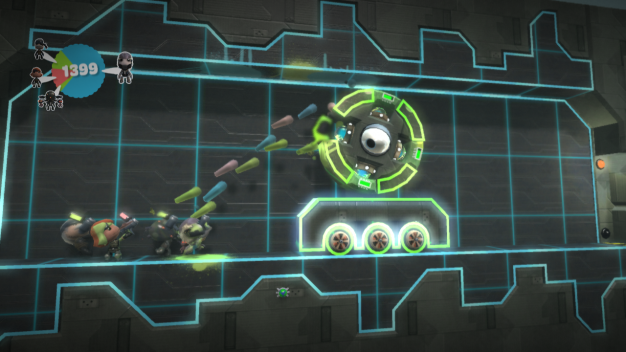 We would all like to start off the new year on a positive note so it’s good to get all these game glitches out of our systems now. In what is perhaps the last great glitch of 2008, downloading the Metal Gear Solid level pack may spell doom for a lot of our saved costumes and progress in LittleBigPlanet. A number of users on the LittleBigWorkshop forums are sharing their experiences with the MGS level pack after turning off their consoles.

Some are noticing that after starting LBP back up, their progress in the Metal Gear levels have disappeared. Some have even said some community photos that they collected were gone as well. Even though we have no idea what the cause of this glitch is, some are theorizing it may have something to do with buying the game from the PlayStation Store or the in-game store, or it’s possible there is simply too much data on their profiles and some is being pushed out automatically.

All we can say is exercise caution when playing these levels. We know it’s hard to deny Sackboy (or is it Snakeboy) but expect a fix to come sometime after the new year.