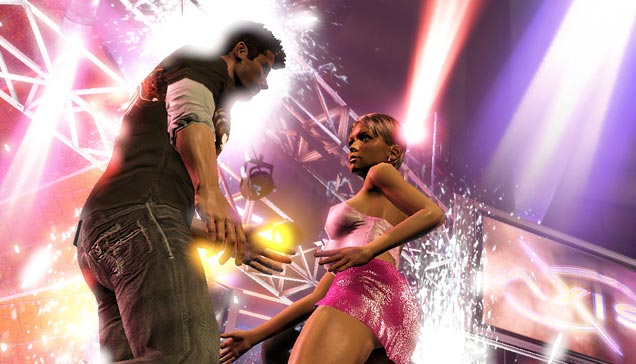 Midway announced their next game entitled This is Vegas, making an appearance in the winter of 2008 for the Xbox 360, PlayStation 3, and Windows PC. This is Vegas, an open world game much like Oblivion, will let players roam around Las Vegas and live the city like they’ve only done in their dreams, mainly because we’d all get sunburned if we walked outside.

The studio head, Alan Patmore, proclaims that this game is the “first-ever videogame experience which allows players to live out their wildest Vegas fantasies. Whether it’s partying in the hottest night clubs, racing in underground circuits, testing your luck at the tables or getting into a barroom brawl, This is Vegas has it all.” Isn’t that nice? Only, I have a slight suspicion most people’s fantasies include partying with people or winning real cash. However, this sounds like a nice alternative to the real world.

The game also sounds like a mashup of games with a little Need for Speed, Grand Theft Auto, and some poker games all put into a food processor and mixed together. According to the developer’s description of the game, you have to party at night clubs to make VIP connections, make money by winning at high stakes tables in casinos, race fast cars in underground circuits to increase your reputation (Like Need for Speed: Underground?) and fighting enemies to prove how strong you are. It has a little of everything… a little racing, a little gambling, perhaps a little Playboy Mansion, and some blazing guns. This isn’t bad, though, and it actually sounds quite promising to combine all these good ideas from already popular and well-made games into one package, as long as Midway executes this the right way. So far so good, I say, as the recently released trailer shows a visually pleasing game.