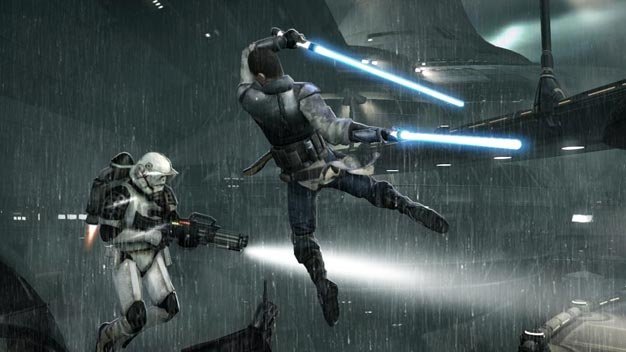 Star Wars fans won’t have to wait until The Force Unleashed II‘s October 26 release to get a taste of the sequel. That’s because LucasArts will be releasing a pre-launch demo that will give a similar hands-on preview to the one attendees of Gamescom in Germany got.

The demo will let players control Starkiller and his multitude of force powers as he escapes clone headquarters on Kamino via a TIE Fighter hijacking. If you’ve seen Attack of the Clones, you know that an escape from Kamino would likely give Starkiller quite a few Jango Fett clones to battle. Let’s hope they’re not fully trained by the time the demo is released in the near future.