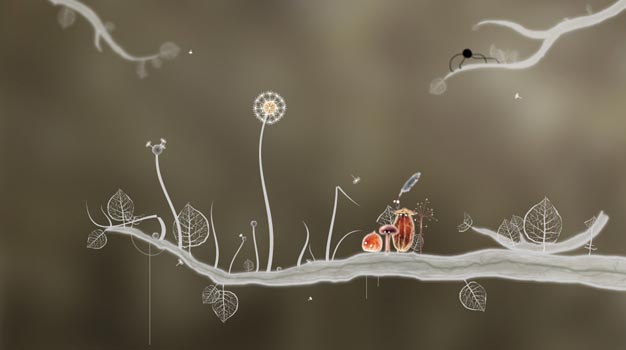 Amanita Design made a name for themselves with their beautiful indie title Machinarium. Having captured the attention of gamers worldwide, they’ve since been a little quiet on upcoming projects. If you’ve been holding out on news from the developer, you’re about to be well rewarded; they’ve confirmed that a total of three different games are in development right now.

Alright, it’s not exactly three titles. For example the first, Osada, is said to be an interactive music video coming to the dev’s website. Not exactly what you had in mind? Maybe Botanicula, a point and click adventure, is for you. It stars five tiny, arboreal creatures in an attempt to save their treehouse from invading parasites and will be with us before the end of the year.

Finally, there’s Samorost 3, the next entry into the adventure series and the team’s biggest project currently in development. No word on release, though Amanita hopes to get it out on consoles, PC and tablets.

A good time to be an Amanita fan, then.