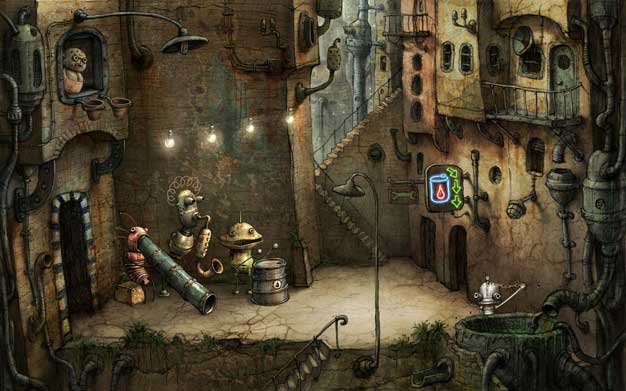 Amanita Design’s gorgeous point-and-click adventure, Machinarium, is busting out of PC exclusivity and will be available on the PS3 and tablets later in the year. Okay, so we already knew that Machinarium wouldn’t be PC-only forever, but this is still exciting news.

Interestingly the iPad will not be the tablet of choice for designer Jakub Dvorsky and company. They are opting to release Machinarium on the BlackBerry PlayBook, which will be available next month in North America.

Dvorsky explained that it’s not very easy to take a PC game and make it compatible with consoles. “It’s much easier if you create a game for PC and Mac. Bringing it to consoles is a lot of hard work and a lot of hassle with companies.”

Xbox 360 owners will have to get their version of Machinarium on some other platform, as Amanita Design is not dealing with Microsoft anymore.