Last week That VideoGame Blog was invited out to preview an art exhibition dedicated to the 25th Anniversary of Magic: The Gathering. The game, created by Richard Garfield, was published by Wizards of the Coasts on August 5, 1993. The high-fantasy based game is not only one of the most popular trading card games to date but is also considered to be the first modern trading card game ever.

The exhibition took place at Gallery 1988, an art gallery in Los Angeles that prides itself on showcasing pop culture-inspired art. While the venue felt a bit cramped during the event, the Magic: The Gathering-centric pieces inside were amazing. The art was created from a variety of mediums and were prominently displayed for all to see.

The most popular piece was easily the uncut sheet of Magic: The Gathering beta cards. Seeing some of the original card art truly showed how much the game has evolved over the past two and a half decades. There were also complimentary starter decks for those who were interested in learning the game. 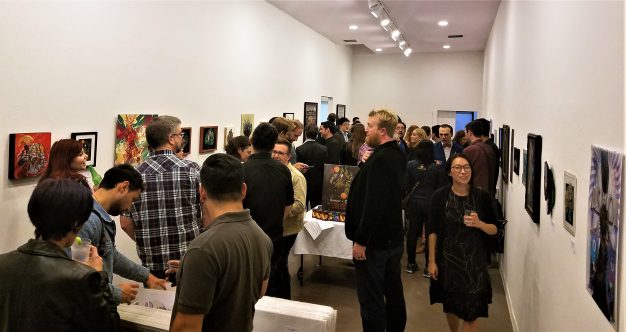 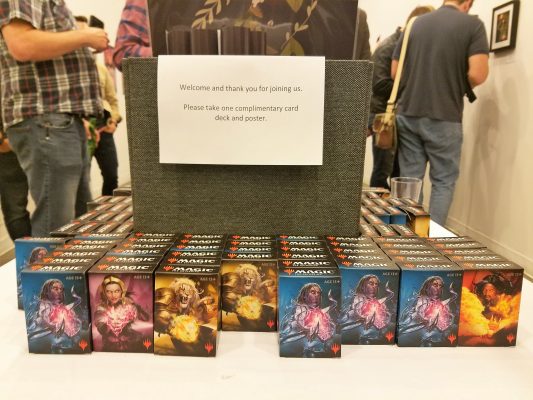 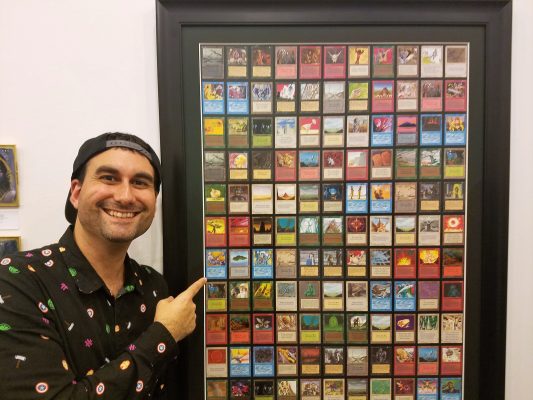 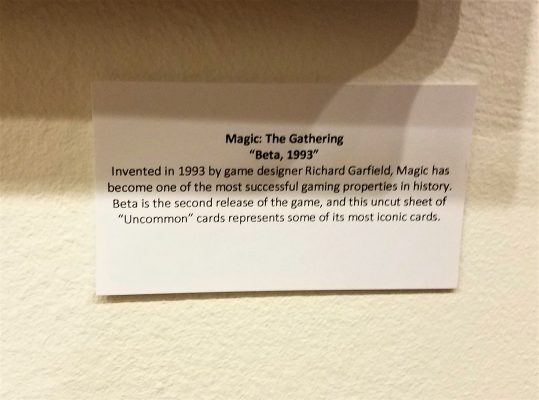 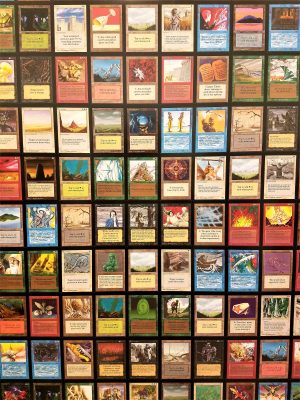 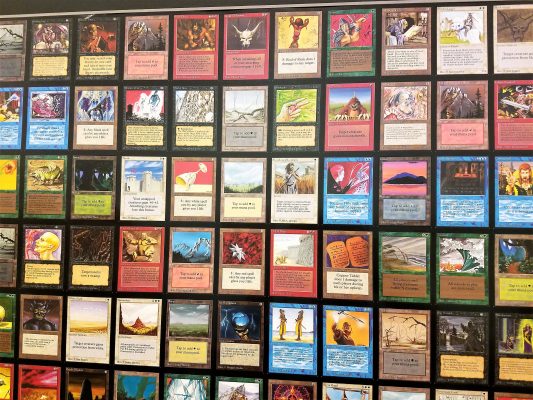 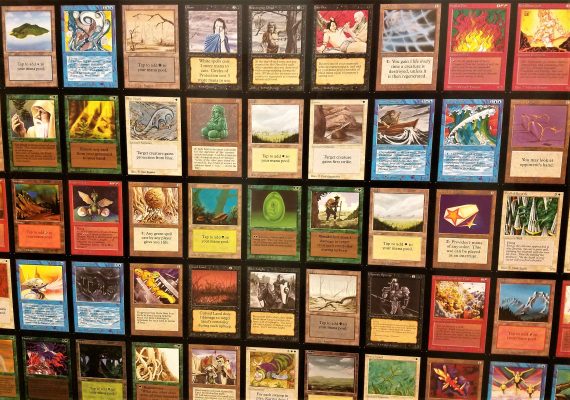 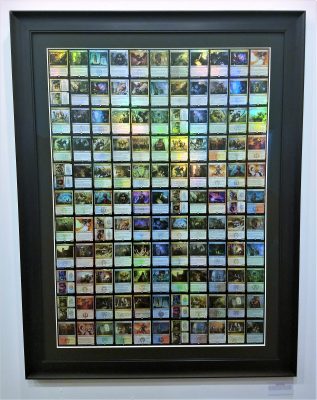 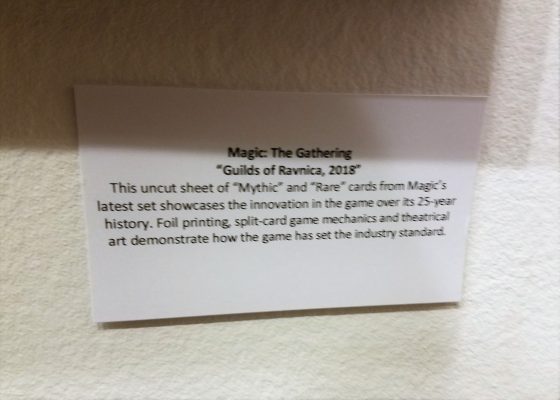 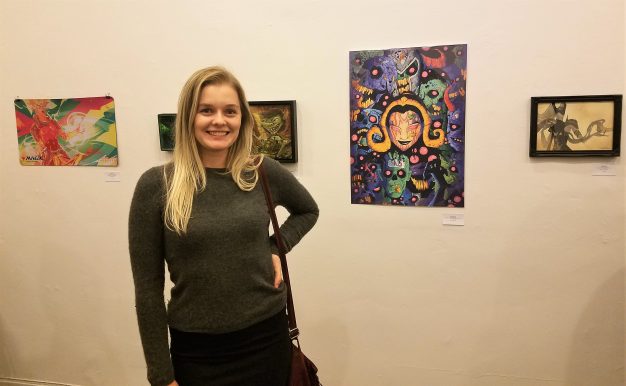 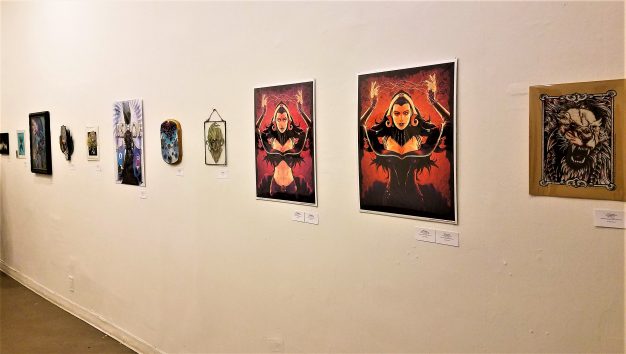 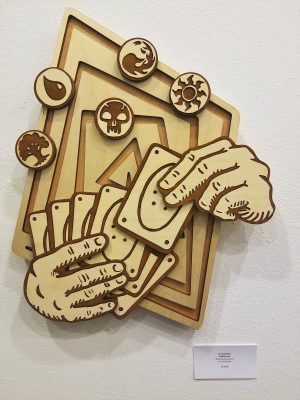 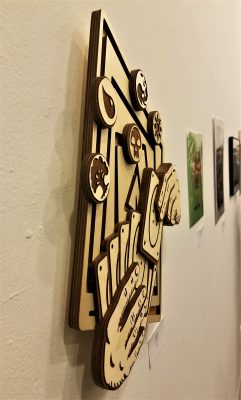 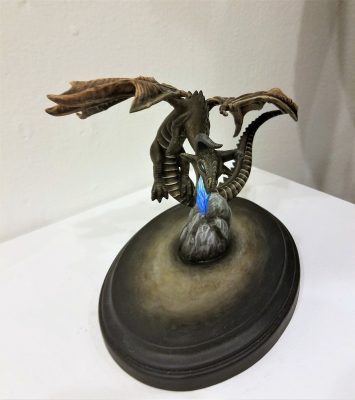 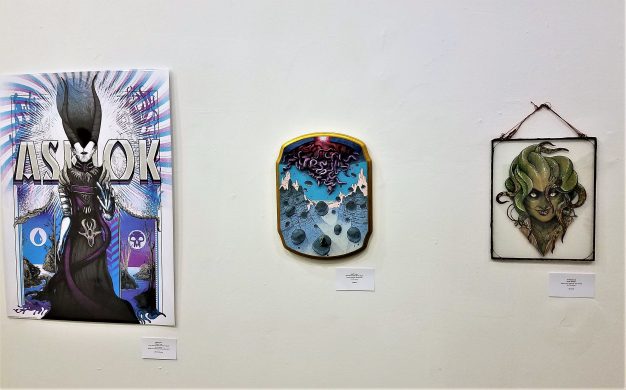 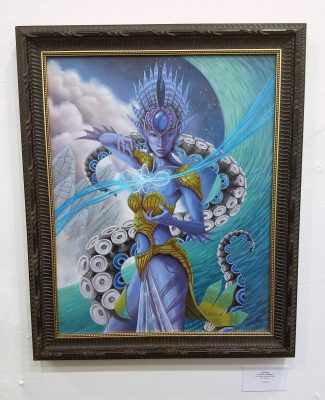 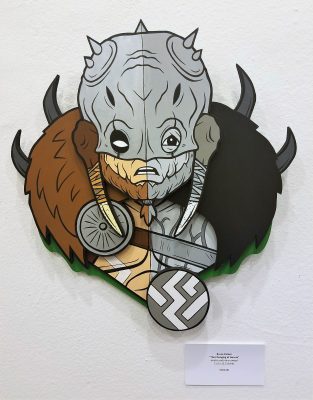 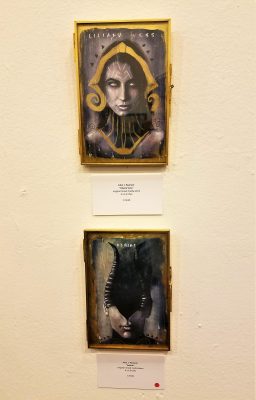 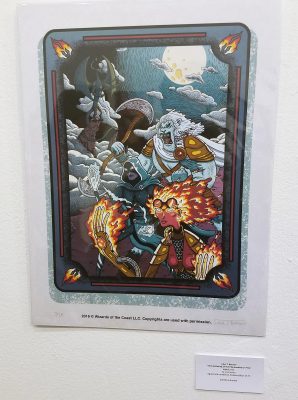 To learn more about Magic: The Gathering or its newest expansion, The Guilds of Ravnica, check out its official website.  To view Gallery 1988’s current or future exhibits, please click here.