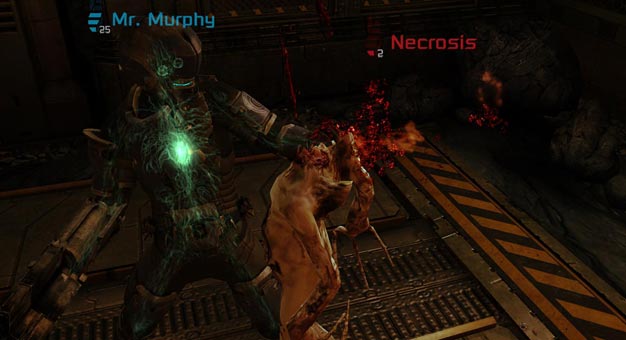 Dead Space 2 is going multiplayer, offering 4 vs 4 competitive matches. It’s a first for the series, and – much like Uncharted 2 last year – we were initially a little skeptical about if the franchise needed it or not.  However, also like Uncharted 2, we were pleasantly surprised when we got our hands on with the game a while back.

So that’s two of the biggest franchises that are renowned for single-player going online; what does it mean for the industry? Is there no room for single-player only experiences anymore? We asked the game’s art director, Ian Milham, what he thought about the future of these games at EA’s UK showcase this week.

“The market certainly doesn’t seem to be rewarding it,” Milham began. “There’s certainly market forces at work when it comes to rental and pre-owned; they’ve changed the market considerably. And then on top of that people are really going to where they’re getting value. Epic experiences that are really good, offering a lot for your $60.”

It’s true that the better selling titles of recent years have included some sort of multiplayer, but then games like God of War III have done well too: “So it’s a tricky business; it may be that it doesn’t matter how good that 10 hour single-player experience is if someone is offering the same thing and a little bit of multiplayer or a multiplayer that’s so deep that it goes forever.”

Next year will see a few titles that (so far) only offer single player, like inFamous 2; how will they perform?