Mars Underground is basically like Groundhog Day: The Modern NES Game. Mars, his mother, and his sister Helga have moved into the quirky little town of Phobos after an undisclosed issue involving Mars happened in their previous town that required them to leave. On the first cycle, everything seems fairly normal, with a few small quirks indicating that weird things are going to happen soon.

Every day/cycle starts with Mars’ alarm going off. On the first cycle, the option to do anything other than sleep in is greyed out, indicating it will be available later. You go to school, and then have to go to an appointment with your psychologist. You don’t get the option to say anything other than the wordless “…” and he gives you medication that you “must” take every day. Taking the medication resets the day and a new cycle begins. This is, obviously, a major game mechanic that you can use whether things are going well or to speed things up so you can use something you acquired on an earlier cycle. 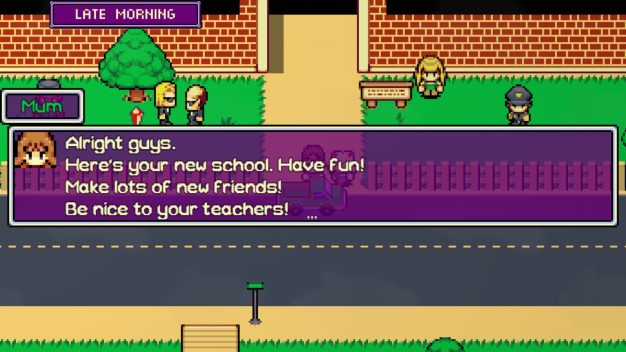 It becomes clear immediately that with each cycle, the same day is repeating. No one believes you, of course. After all, they already think you’re insane. However, you needn’t follow the same cycle each morning. You don’t even have to go to school every day once you have certain items. Unless you sell or have items taken off you (this includes money if you buy things) your stock of items remains throughout any future cycles. This includes a lot of consumables, like a seemingly never-ending cup of coffee that, amusingly, updates in the item menu to say whatever fraction is left. I guess Mars is a kid and can’t take much coffee at once?

As you learn about certain points of interest, whether it be movies or individuals or things like winning lottery numbers, you can take action on those as they then become selectable dialogue options. Collecting new items and topics to investigate is the name of the game, and should hopefully steer you towards greater mobility throughout the day (note: there are different times of day, which you can choose to wait until at benches, or that you cycle through organically as you spend time doing things) and hopefully an answer to why Mars’ day is repeating and what’s up with his mysterious psychiatrist Dr Kronus. Of course, if things get tricky, you can always just take your medication… 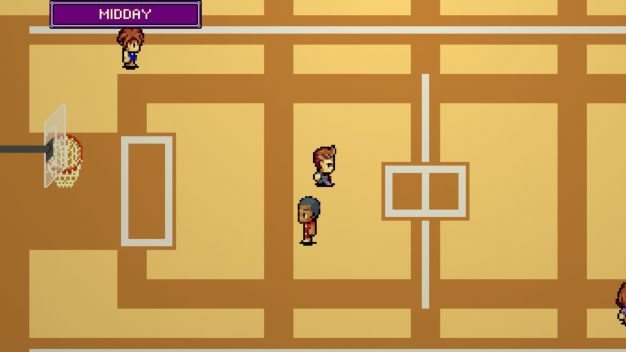 The Mars Underground booth at PAX was nestled in amongst the other games in the indie section, but the interesting name, oldschool art and offer of playing it on a NES controller was enough to draw me in. While I’ll admit that I was never the owner of a NES (it was a little before my time and we were a Playstation household) I have a lot of respect for the likes of Mother, of which Mars Underground immediately reminded me, that really started to break games into proper storytelling devices.

Seeing a game like Mars, styled as it is in late 80s sprites and with its accompanying era-appropriate music, appear in the late 2010s gives me a wonderful wave of nostalgia for a time that I wasn’t even really a part of. I think that the art style and music in Mars is a very effective and respectful emulation of games from that time period and that it’s executed perfectly, down to the last little speech bubble. One tiny criticism I have is that the speech bubbles when you acquire a new item do look a little messy, what with being squished into the bubble super tightly and only using lowercase for the whole word, but I’ll let it slide due to this probably staying in line with the graphic style it’s trying to emulate. 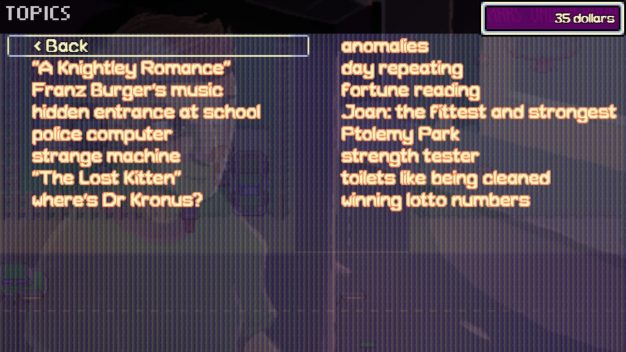 The storyline in Mars Underground is quite interesting and fun to unravel as you go through each cycle. One thing I would recommend removing from the game or adjusting slightly is the prompt to offer help that appears after the second or third cycle and continues to be offered with each new cycle you start unless you tell it to go away entirely. To me it felt like the developer didn’t trust me to explore the game in the “right” way when the prompt immediately showed up after I finished my first or second cycle.

The point of games like Mars Underground and other point-and-click style adventures is to explore and to try all your options – to immediately offer help suggests that doing that is the wrong thing to do. I would recommend moving any offers of assistance down the line to maybe the 10th, 15th or 20th cycle, when it’s possible that someone would have had the opportunity to try many different things and maybe would actually need assistance. 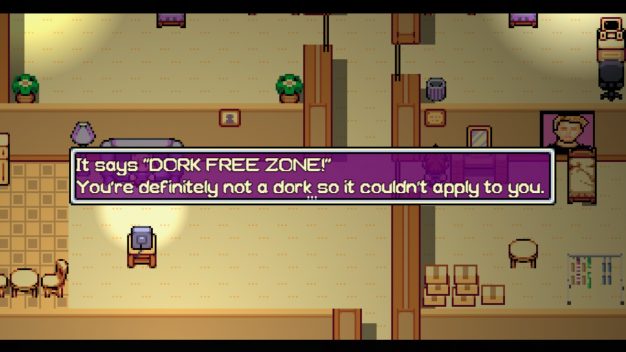 I had quite a few cycles where I tried some things that didn’t really net me any progress, story-wise, but they were still important in a pure trial-and-error sense. Most of the time you acquire a new item or topic and you can gleefully run around seeing how and where best to use it. Unless you sell them or actively give them away or lose them, items stay in your possession throughout the entire game once acquired. It’s very vindicating to be able to use things like your sister’s diary to make her bugger off out of classes that you want to sit through or even just to let you have the TV that she normally hogs every time you’re both home.

I won’t spoil anything by talking about the actual ending of the game, but there are many different ways to hit the credits. Think NieR: Automata, where there are heaps and heaps of joke endings that get you to the credits but don’t otherwise impact the story. There’s actually some merit to hitting the credits in as many ways as you can, and they’re just genuinely funny a lot of the time, so they’re worth finding regardless. 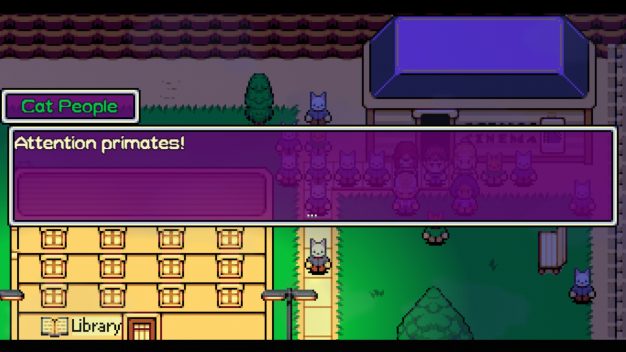 I will say that a lot of the dialogue from NPCs feels very hammy and awkward. While I know NPCs aren’t usually there to impart impressive and witty observations, I think they probably could have been tidied up a little to sound a bit more like actual humans. The game is very tongue-in-cheek, however, so that’s another thing I’m willing to let slide on the basis of the genre and style of humour, even if I could have dealt with a little less dialogue cringe.

Talking purely from personal experience and not as a criticism of the game, I encountered a point around my 20th or so cycle where I was absolutely stumped. I was getting the occasional new topic to explore, but it wasn’t actually getting me anywhere in terms of the story. I was trying everything I could think of to resolve a topic and I kept coming up against dead ends. When I ended up looking up the solution, I discovered that a topic I’d uncovered from a set of decisions made in a cycle very early in my save related to the one I was attempting in cycle 20-whatever. I had completely forgotten about it because I hadn’t made the exact same decisions and progression through Mars’ day since then. If you’re playing the game and end up getting stuck, definitely review your stock of topics, even ones from very early cycles, because it’s probably more obvious of a solution than you think. 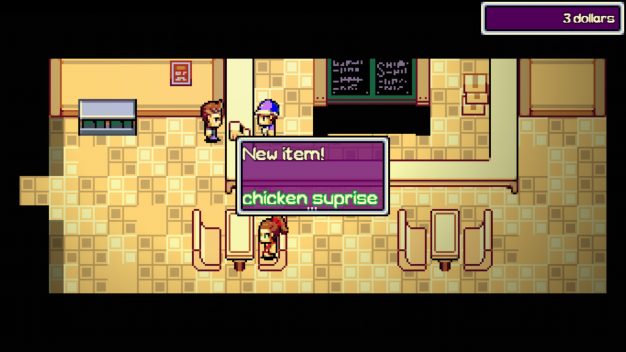 While my coverage of Mars Underground suffered from the arrival of Sekiro at roughly the same time, my opinion of the game remains very high. I think there are small areas of the game which could use some polish, but for the price and the time you get to spend playing it, it’s definitely a game that I would recommend picking up if you have sub-10 hours to kill. Mars Underground is a cute, funny little love letter to the Mother era of NES games and it has been clearly been put together with a lot of love and care. Step into the quirky little town of Phobos and unravel the mystery of Mars’ never-ending first day of school.

Besides a little extra polish, I honestly wouldn’t change much about Mars Underground at all, and I recommend that everyone reading this review pick it up and give it a chance. If you get stuck, it’s very easy to find an answer to your problem without ruining the progression of the rest of the game and story.