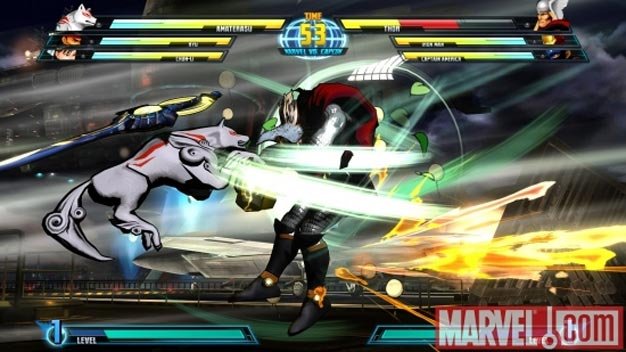 It turns out that mixing Spider-man with Dante makes for good business; who knew?

Capcom have announced that the popular fighting mash-up/wet dream, Marvel vs. Capcom 3: Fate of Two Worlds, has shipped two million units worldwide to date. That doesn’t exactly mean two million units have been sold, but it’s a nice number to boast about all the same.

MvC3 is the result of 11 years of crossed fingers and prayers before bed every night; it deserves to sell well and will hopefully continue to do so as DLC builds the roster. Hopefully we’ll find out which new characters are incoming soon.