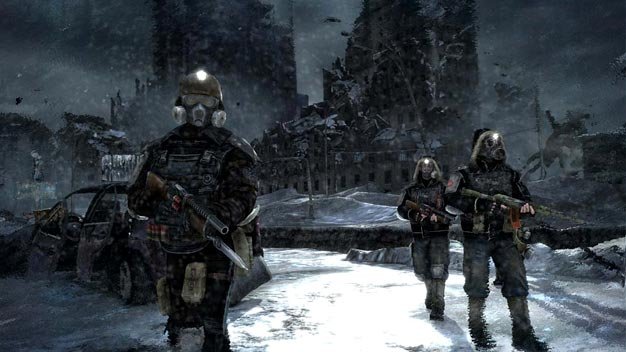 While Kiev-based studio 4A Games’ Metro 2033 saw favorable, yet not overly glorious review scores when it was released almost a year ago in March 2010, publisher THQ had already green-lit the upcoming sequel, Metro 2034, a decision THQ executive VP of core games Danny Bilson still stands by.

“The sequel’s even more advanced in terms of the technology,” said Bilson, adding it will “get a lot more support than the first one got both from product development at THQ and marketing. There were certain things in [Metro 2033], even though it looked sensational, some of the shooting mechanics need to be better polished to compete with the Call of Dutys. They are this time. For marketing it’ll get a much more respectful push.”

The more striking part of Bilson’s comment regarding Metro 2034 was his hands-off approach to this project due to not wanting to risk an Americanization of a Russian franchise.

“We don’t want to mess with it and Americanize it. It’s got its own point of view. Even though our guys in Agoura did a lot of the work on the fiction, this time it’s still that vision. You’re going to see a more polished game, you’re going to see some crazy technology,” adding that the game would be part of THQ’s E3 2011 line-up.