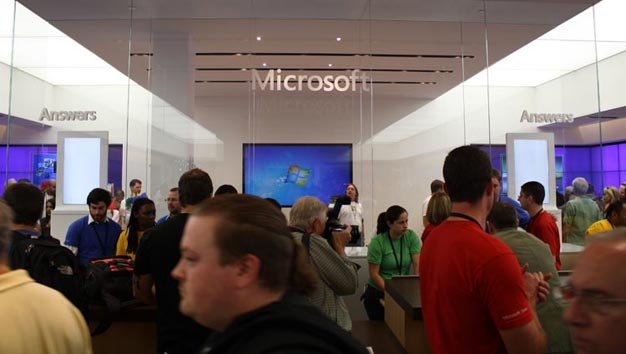 October 22nd marked the release of Windows 7, and to go along with that, Microsoft also opened up the first Microsoft store in Scottsdale, Arizona. From most reports, it’s pretty much what you would expect: Windows 7, Zunes, Xbox 360s, and all the fixings that go along with it.

However there seems to be one very neat surprise up Microsoft’s sleeve. On top of each store having a selection of new PC games, there will also be a PC game kiosk where you can select from a wide array of PC games. Once you pick your games, head over to a customer service rep, tell them your name, and pay for your games, they print the disc, case, insert, and instruction manual right then and there in the back of the store. They are retail quality and the whole process takes about four minutes.

I once thought this would be a fantastic idea, but I didn’t think anyone would actually do it, so kudos to Microsoft (of all people!) for their forward thinking. Imagine a day when games are no longer rare, and instead of searching eBay for a game that is out of print, you could just head to the mall and get whatever game you wanted. The problem is that, given the transition from physical games to everything going digital, this might be too little to late, but it’s still pretty damn awesome.