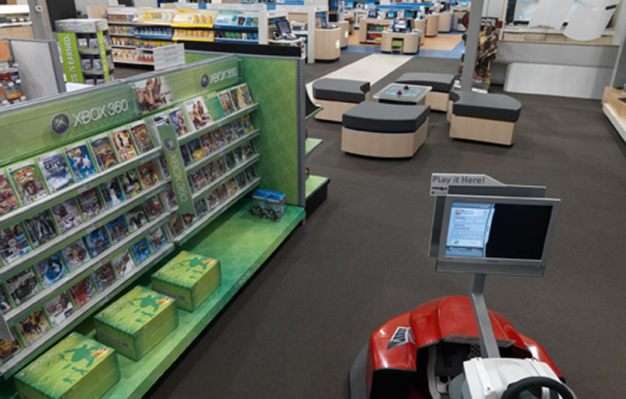 As if having idiotic store clerks constantly berate us about trading in games isn’t enough now we will all have to also hear them tote the Microsoft line as the giant company has officially announced they will be opening retail centers across the US. Entire stores crammed full of nothing but 360 and PC games, along with other Microsoft products of course will be popping up some time soon.

“We’re working hard to transform the PC and Microsoft buying experience at retail by improving the articulation and demonstration of the Microsoft innovation and value proposition,?” ?says? ?Microsoft COO Kevin Turner.? Taking that out of COO speak it means that they want to sell you more Microsoft stuff without that nasty competition getting in the way like other stores. Microsoft has tapped David Porter?, ?the former head of? ?worldwide product distribution at? ?DreamWorks Animation SKG?, ? to run the endeavor.

Details are scarce at the moment but Kotaku has some images up of a possible test store that Microsoft has set up, one of which can be seen above. Otherwise it’s unclear how many stores will be opening, whether the chain will leave the US or if you’ll be able to repair your RROD there. I guess that is one thing that will be nice about these stores; once they open you’ll know exactly where to go to yell at a person when your 360 crashes.