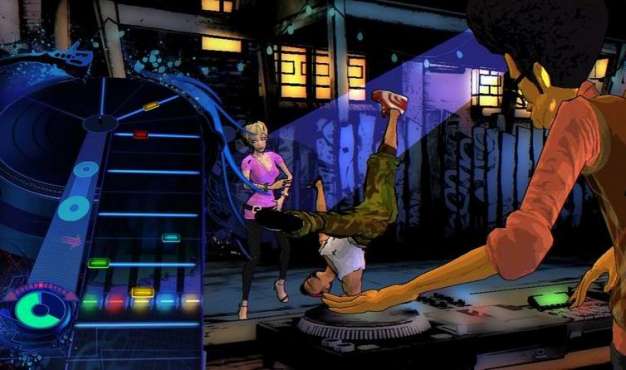 It looks like Genius Products got the jump on the turntable rhythm game market before Activision Blizzard’s DJ Hero. Genius Products has revealed some tracks from its game Scratch: The Ultimate DJ which will be released on next generation consoles in the summer. The game will feature 60 licensed and original songs from some popular hip hop and R&B artists such as Run DMC and The Gorillaz.

Mix Master Mike from the Beastie Boys is working with the development team at 7 Studios providing some of his technical and creative expertise to the team. Music from Mix Master Mike’s upcoming album will also be featured in the full game. Scratch even has the backing of Quincy Jones III who praises the game’s track list. Scratch also will have a turntable style controller created by Numark, a company that specializes in DJ accessories and audio equipment. This game sounds like it will be a force to be reckoned with. Partial track list after the jump.

The tracks released so far are as follows: