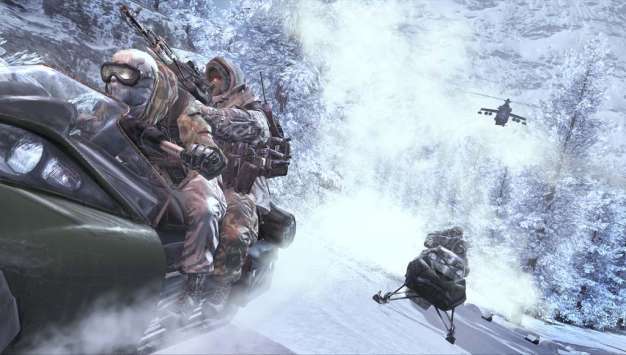 During an E3 remarks event moments ago, Activision Blizzard said the November launch of Infinity Ward’s Modern Warfare 2 will be the largest entertainment launch of any kind when it launches this November. Prior to that remark, the company also made clear it will be more aggressive on downloadable content in the future. No details were given but it’s safe to say with the massive success the recent World at War DLC, we can expect those maps to keep rolling in.