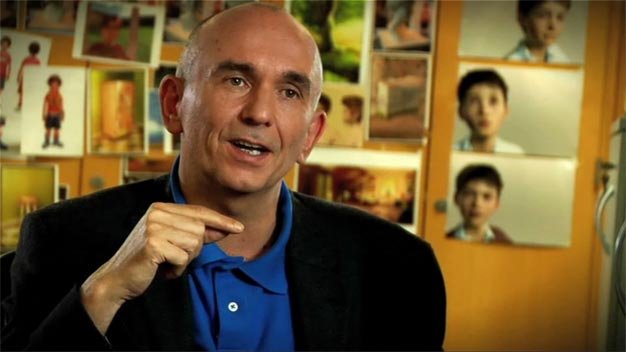 Speaking at BAFTA’s Annual Video Games Lecture last night, Lionhead boss Peter Molyneux revealed what he believes to be the 5 most revolutionary games from the past 20 years.

In a typically passionate and engaging presentation, Molyneux spoke of the need for designers to defy perceived wisdom and custom, saying, “The best innovations come from challenging the foundation stones of conventional wisdom.” The 5 games selected by Molyneux were specifically chosen for their success in doing just that.

The first title Molyneux highlighted for discussion was Dune 2, an early RTS. Molyneux said Dune 2 took gaming away from twitch-based reactions and instead encouraged a slower, more cerebral approach. Furthermore, alongside its innovative multiplayer, Dune 2 could be played in a variety of ways. Terms to describe these differing play styles, such as ‘turtle’ (where the player is overwhelmingly defensive), are still used in gaming to this day. According to the man himself, Molyneux is a turtle.

Next up for discussion was Mario 64. Hailing designer Shigeru Miyamoto as a “true genius of the industry,” Molyneux rightly praised the game for moving the platform genre convincingly into 3D, despite perceived wisdom that it couldn’t work. Furthermore, Molyneux pointed to Mario 64 as the true precursor to the likes of GTA IV as it heralded the arrival of the free roaming around an open environment.

Apparently, there was one main reason Molyneux selected the next game. Well two. The game was Tomb Raider and the reason was boobs. After cheekily alluding to teenage boys’ bedroom habits, Molyneux praised Eidos for challenging the notion that a hero had to be a massively-muscled man. In creating Lara Croft, Eidos created an enduring character that subverted convention and in doing so created an icon.

Halo was the next choice, for bringing FPS’ to consoles, introducing regenerative health and solving the tricky issue of multiple weapon swapping by limiting the player to 2 guns at a time.

The list was rounded out by World of Warcraft. Molyneux looked to WoW’s “carrot dangling” mechanic as its most innovative feature. Reflecting on his time with the game, he remembered how the promise of a steed drove him on to play up to level 40. This was in direct opposition to traditional videogame design which dictated that the player should have access to everything the game had to offer almost immediately, in case they became bored.

The common characteristic shared by these games is that each revolution opened up the medium to a wider audience. This has been a concern of Molyneux’s for some time now and at the centre of it all is one statistic. Fable 2, Molyneux’s latest game, sold 4 million copies — exactly the same as his first game Populous. He sees this as a failure that only constant innovation and creative thinking can overcome. Something he is clearly hoping to achieve with Milo and Natal.