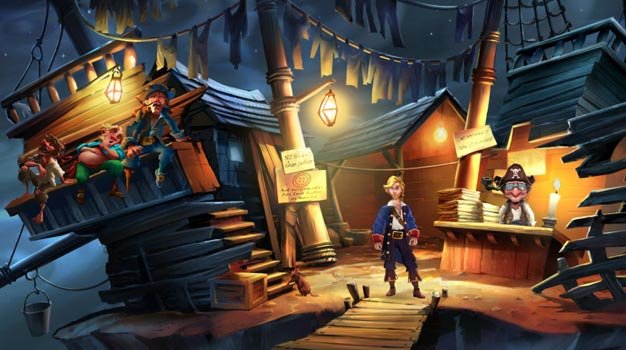 As time nears for the release of Monkey Island 2 Special Edition: LeChuck’s Revenge, LucasArts is making the game more and more irresistible. Along with overhauled graphics and voice acting, the remake will also feature a commentary track from the three creators of the series, Rob Gilbert, Tim Schafer, and Dave Grossman.

Even though all three men have found success in life after Monkey Island, they all have fond memories of the the series. Tim Schafer says that he wonders if the nostalgia is for the game itself, or for the time the three spent together, but nevertheless the gameplay of the series “actually holds up” after all these years.

LeChuck’s Revenge is slated to hit sometime this summer, until then we only have screenshots and memories of our PC point-and-click days to tide us over.