I don’t even know how to start this review. It’s a motocross racing game, so you probably already know whether you like it. And I don’t even know if I can really say this game is good or bad; I played it on the Switch and went in with no prior experience in the series. But I also believe any racing or sports game should be accessible to anyone, and so I see nothing wrong with reviewing Monster Energy Supercross 3 from that perspective. 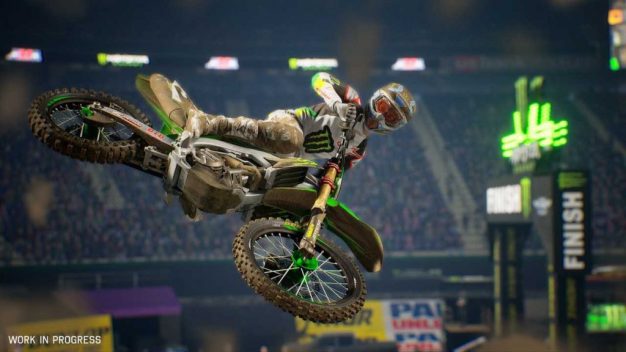 Before we go any further, I should note that I’m using an abbreviated version of the title. The official website calls it Monster Energy Supercross – The Official Game 3. Meanwhile, if you read the logo on the game’s cover art, it’s called Monster Energy AMA Supercross FIM World Championship 3: The Official Video Game. And I’m sure all of that makes sense to some, but it isn’t exactly beginner-friendly. And yes, as you may have gathered, that is a good metaphor for the rest of the game. It starts with the tutorial, which explains how to use the clutch to prepare at the start of the race, and then…nothing else. That’s pretty much the only instruction you get. The rest of the “tutorial” is just a race with the controls shown on screen. Most of these are either the same as every other racing game, or something specific to motocross that’s never explained. 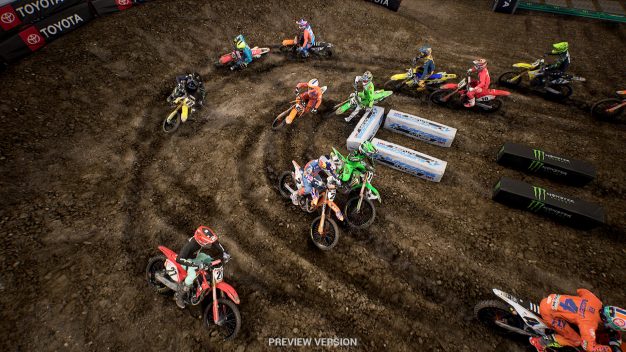 Even with the basic controls being familiar, though, don’t expect the racing to be satisfying. If you don’t stay on track for the entire time, there’s going to be a lot of starting and stopping. Riding off of the track starts a five second timer before your rider is teleported back to where they’re supposed to be. But the timer seems to mostly be for show, as I keep finding my progress stopped short of the full five seconds. Crashing will also stop you in your tracks, and it’s very easy to do; just touching the blocks that form the track is likely to wreck you. On the easiest difficulty level, with all of the assists on to make it less realistically difficult, I still can’t finish a race outside of last place. That’s no exaggeration. 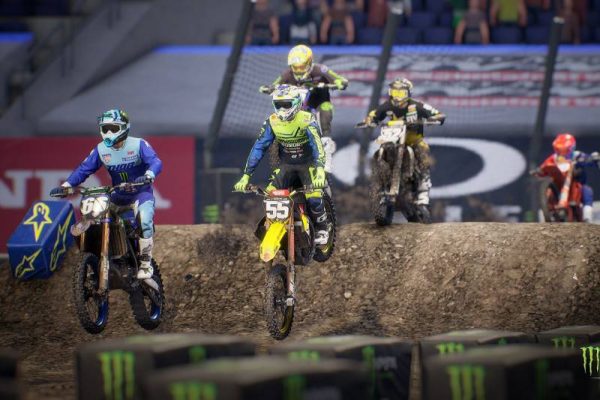 Here’s the thing: I don’t like this game much. But is it a bad game? That’s harder to say. It isn’t accessible by any definition. It’s also not a particularly good port; it’s pretty clear that the devs didn’t really do anything to make up for the Switch’s lack of analog triggers. The HD rumble isn’t used particularly well either; the vibration is slightly out of sync. But the game looks great, and the controls are very responsive (maybe even too much so). I think that with a lot of practice, I could probably get into Monster Supercross 3.

With a real tutorial and more forgiving options for mechanics, I think there could be something here. But in its current state, Monster Energy AMA Supercross FIM World Championship 3: The Official Video Game just doesn’t quite work. Those who have played earlier games in the series will probably get more out of it, but if you’re a more casual fan, the parts that are fun just aren’t worth the amount of practice it would take to actually succeed. Granted, you can progress through the career mode even if you lose, but it isn’t exactly a rewarding experience. I wish there was more to like here, but if you’re a casual fan of motocross, at least this version of the game isn’t worth your money.

Cross this one off