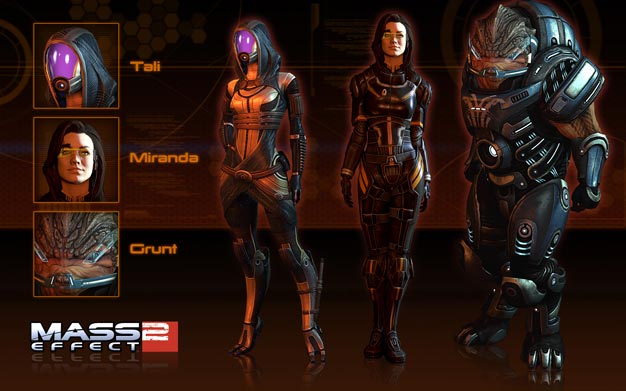 BioWare’s announced a new round of downloadable goods for Mass Effect 2. Nothing too substantial though, sadly, just a wardrobe update for Tali, Miranda and Grunt.

All three will get new armor in the Alternate Appearance Pack 2, for the tiniest of fees; as the first pack which clothed Jack, Thand and Garrus last March, Pack 2 will be available for 160 Microsoft/BioWare Points (~$2).

The add-on will arrive for the PC, Xbox 360 as well as the newly-launched PS3 version tomorrow.