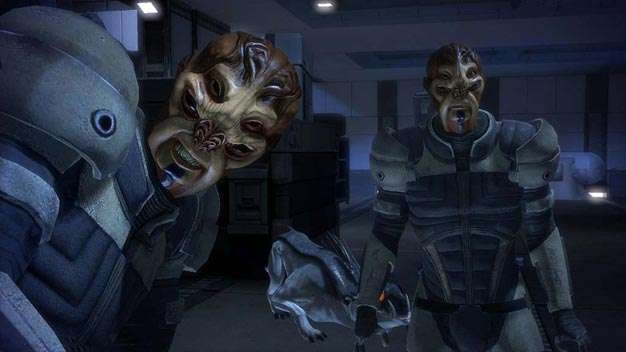 When Mass Effect was released what is now an eon ago, BioWare said we could expect several pieces of downloadable content to be made available shortly after. Though an avalanche of coolness to expand the universe did not arrive, we did get Bring Down the Sky which introduced us to the four-eyed Batarians. Since, we’ve been hearing more about the inevitable second game in the trilogy than additional content for the first.

But, apparently, BioWare has not abandoned their plans to score some more $$$ by expanding the Mass Effect universe through digital means. At NYCC, community manager Jay Watamaniuk said more DLC is in fact still coming, but quickly steered the conversation towards another topic.

Here’s hoping this new content, whenever it will arrive, will be a bit more substantial than Bring Down the Sky, as there are enough side missions in the retail box as it is.