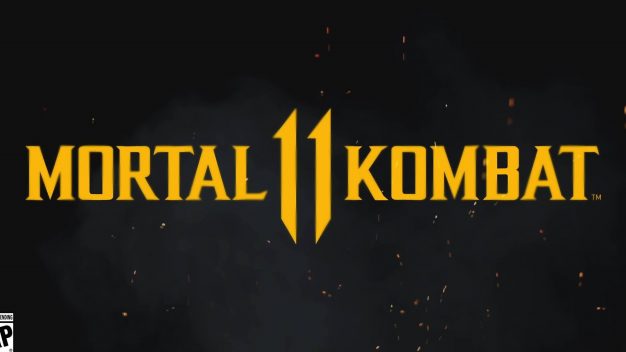 “It’s exciting to finally announce Mortal Kombat 11 and showcase what the team has been working on,” said Boon.

The trailer itself will provide fans with a gore-limpse at red-lightning Raiden and a slightly different looking Scorpion. The two clash it out in a savagely cinematic blood-battle that showcases the game’s modernized enhancements. How can these guys can push through a kombat beat-down like this, with multiple attacks to the chest/face/back/bod and keep going? Really, who cares? It looks amazing! Bones are broken, quite a lot of them. Blood gushes like water spurting from a overflowing fountain. Scorpion is not just defeated, he is obliterated. Then, he’s back. But not as new Scorpion, as traditional Ninja Scorpion. Maybe a different Scorpion all together? Just as soon as he returns, Raiden is mutilated, dead, finished. Be still my undead heart.

Ed Boon stated on his Twitter, “MK11 …. Rating Pending. So you never know….we might get that E (for everyone) rating after all.”

It all closes with a release date of April 23rd [2019] and an unknown character overlooking an elaborate hour glass. Perhaps this lends to the 2011 time bending reboot?

The trailer has received some…feedback over the use of 21 Savage and his song ‘Immortal’. The track’s overall slowed-down pace allows for the battle sounds to be heard through the music, creating a better impact for the battle sequence taking place. This move away from the expected rock genre is a nice change of pace for the Mortal Kombat trailers. The final drop for Scorpion’s beatdown was magic, for me. What do you guys think?