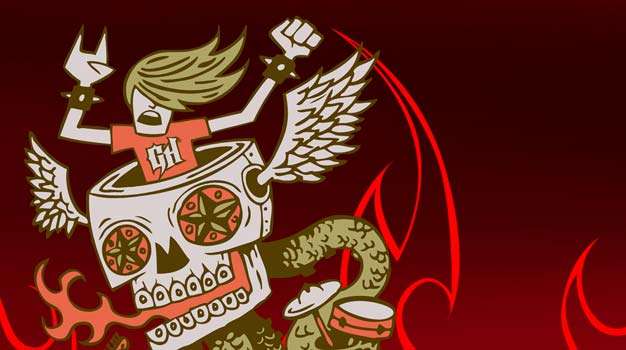 Michael Pachter and the intrepid folks over at Gamasutra have both come to the same conclusion, music games are having a hard time. Compared to the same period of time last year, the Feburary-June sales of music games like Rock Band and Guitar Hero are down 49%. For an industry that made more then $450 million in that 4 month period, that’s fairly substantial.

Market dilution, high cost of entry, and a focus by both companies towards downloadable content has steadily chipped away at the revenue coming in. Consumers are also trending towards buying smaller bundles and less peripherals. Another scary thing to ponder, there hasn’t been a 2 month span in the last two years that hasn’t had a Guitar Hero or Rock Band release of some kind. Really.

Don’t think that Harmonix or Activision are hurting though. These numbers don’t factor in the millions they’re making in DLC sales, an ever-growing market. Lets all pray the audience for it doesn’t dry up before Guitar Hero: Dexys Midnight Runners is announced.

About the author: Nick Coffman