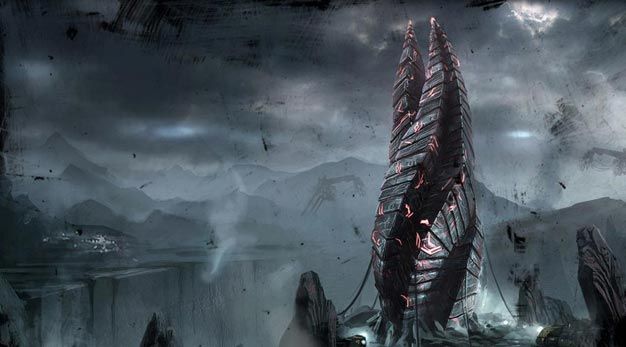 JG: The only real frustration with scoring a game is that they have a smaller budget. So maybe instead of having 60 or 90 minutes of music they only have 30 and instead of breaking it up like they would where you’d have a two or three music cues, they do a 15 second music loop or something. Then it starts getting a little annoying and it’s impossible to avoid the music loop. That’s really the only frustration I get if I have to do a whole lot of short loops for one game. You can only do so much with that short bit of music.

Fortunately the last couple of years that hasn’t been the case. That brings me to the benefits of gaming which is the lack of any sort of requirements other than a few laid down by the game’s director. There’s just so much more freedom involved. I do love scoring a picture cause you get that challenge of kind of putting a puzzle together, but with games it really gets interesting where you’ve got two minutes of music and they say they want it to be combat and it’s a medieval score and that’s all the direction you get and you get to dictate everything as opposed to the film dictating.

But on the other side, if you aren’t inspired by that, you get caught in the gaming music loop that many games fall into. If you listen to the music by itself it should sound like it’s being scored by a picture; it’s stopping and going an pulling and pushing and tells a story on its own. You don’t want it just sitting there doing the same thing for two minutes.

TVGB: Do you think game scores get enough recognition?

JG: It’s definitely been interesting watching game music evolve over the last seven years. I think as game developers and audio directors continue to get an increased education on not only the importance of music but the importance of interactive music then composers will continue to get better chances to express themselves. I think game scores and game composers, they’re notoriety and their success and elevating the idea of the game scores more to the level of quality of a film score — that’s going to continue to grow as the interactive aspects of the music grow. The technology is pretty much there, the newest game boxes can kind of do whatever needs to be done as far as music is concerned. It’s just a matter of developers placing that importance on the score. If it’s thrown together at the last minute it doesn’t matter how great it is, if it’s poorly implemented it’s not going to work. It could be a great soundtrack on its own but if it doesn’t work in the game the best way possible, it won’t be any good. Since that focus seems to be happening more, I think more composers are getting recognition for outstanding music.

TVGB: Do you see gaming scores growing in popularity? Dead Space‘s score getting released is a sign of this, right?

JG: Yes, it is. There’s been some other releases in the past with the special edition of a game and a couple are available on iTunes, but EA is really taking a strong approach with the music and the game and it’s really refreshing because there was basically no push on my part. They decided they wanted to release it and I just had to work to get an editable, listenable version of music. I had hours of music all split up into four layers that played on their own, and had to work that into an interesting score for the release. It’s definitely a nice feeling, being appreciated, and it kind of comes down to that. Having a soundtrack shows appreciation for what I did and that it actually adds to the game. I think it speaks for the gameplay experience in Dead Space itself because if people want to re-listen to the music, they want to experience the game again in some way. Which is great.

TVGB: Do you consider early game music as scores?

JG: The stuff done back then is just as influential and important and probably a lot better written than a lot of the stuff that’s done now. That whole necessity is the mother of invention thing comes into play. It’s some of the catchiest, well written music from games in the last 20 years. I don’t know if it was because they could only have two sounds playing but there’s definitely a reason it stood the test of time. Part of it is being a kid then, but there are people younger and older who still love it too. I think it’s just as valid as anything recorded with a full orchestra and anything they spend ages on creating now.

TVGB: Do you have a dream game to work on?

JG: The one thing that I definitely love about games is the kind of leap frogging of genres that I’m able to do. It’s great to be able to go from something as dark and demented as Dead Space to a Wii game that is more of a kid’s kind of score. Ironically, what I’ve always wanted to work on is something in the Alien franchise and that is something I’m able to do right now. Usually it’s hard to get really excited about film-based games, and a lot of times it’s just a marketing thing and they want the music to sound like the film. For the Aliens games it’s more of an influence, so I can use that just as a jumping off point and kind of do my own thing. Anything that allows me to work with live musicians is my favorite thing to do. It’s so satisfying working with musicians who try to interpret what you’re trying to convey. Anything that allows me to collaborate musically speaking is really wonderful.

TVGB: What is your favorite game and preferred system?

JG: [Thinks for a bit] It’s just funny to me because being so involved in games, so steeped in the production of games, I don’t see titles of games like God of War or Splinter Cell, I see the composer that worked on them because I know most of them personally. Just like with films, I do the same thing. The stuff I look forward to playing might not necessarily be the most popular game. I’m doing it to listen to the music, to deconstruct the composers score. The Jumper videogame has a fantastic score. I enjoy playing the game just cause I love listening to the music and hearing the next cue and how it loops. That’s kind of a composer geek out answer but it’s hard to differentiate. I don’t play PC but I’ve got a Wii and I’ve got a 360 and DS and PS3. My favorite console has got to be the Wii truthfully and that’s because I have two young daughters who can play right along with me on it. I think that’s what I enjoy the most, but when it comes down to playing something like Dead Space I prefer to do that on the PS3.

TVGB: Very cool. I think you’ve answered all my questions fantastically. Was there anything else?

JG: I just wanted to mention something that is ironic to me. I’ve been reading the reviews when I get a chance and one of the things I’ve read a lot of comments on is the lack of music, which some of my buddies have sent me an email or called me and said I’m not getting recognition. Actually, it’s one of the biggest compliments that I could get because the music was supposed to be sound effect. When they complain about not a lot of music I kind of go “Yes!” and pump my arms because having a ton of music is not my purpose. We really wanted to blur the line between music and sound design. Reading a lot of those reviews, to me that’s just icing on the cake.