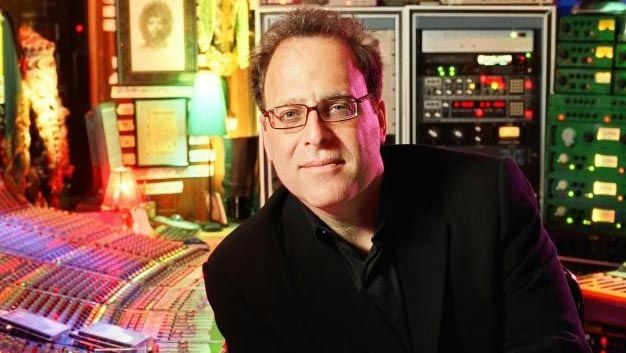 In light of this we grabbed the ear of EA’s Worldwide Executive of Music and Marketing, and President for Artwerk Music Group, Steve Schnur. At this point he’s basically in charge of the whole operation that brings you a good chunk of the music you hear in almost all of EA’s games. Through Artwerk, EA is bringing the world of music much closer to the world of gaming. I’d explain the company more but Mr. Schnur does a far better job of it so I’ll let him do it along with answering some questions about the future of the music industry, how much ass music games are truly kicking and how much further gaming music can go.

Matthew Razak (TVGB): What prompted the formation of Artwerk?

Stever Schnur (SS): For nearly eight years, EA had been instrumental around the world in breaking new artists for other labels. With Artwerk, we’ve begun to directly sign, launch and grow our own unique roster via our own full-service music company. Artwerk is, quite simply, Music 2.0: Where music, games and global digital entertainment all come together to re-write the rules forever.

TVGB: What is Artwerk doing differently from other record labels? What are your goals as music publishers when it comes to artists you sign? Is this the next step in EA’s plans for world domination?

SS: Artwerk is not a record label, but rather an aggressively proactive publisher that delivers master recordings, film & TV sync deals, advertising placement and distribution that goes far beyond games. Our roster – which includes Junkie XL, Airbourne, From First To Last, Datarock, Ladytron, Jupiter One and Chromeo – is everything a cool label should be: Aggressively diversified, ferociously independent and insanely talented. We sign unique acts that will move the needle worldwide. We then see it as our responsibility to create marketing opportunities for them. Every one of our artists already has high profile sync deals that have stemmed from their placement in our titles. We’ve taken a central role in their careers. We have 8,000+ worldwide EA employees working for them every day. Most of all, our artists all sound amazing in games. Within the next five years, our ability to expose and discover new music of every genre will be beyond anything the industry or the consumer has ever known before. We hope other labels will follow our lead.

TVGB: What excites you most about the close ties between music and gaming?

SS: What has always excited me about videogames are not only the unprecedented opportunities for the discovery of great new music, but the unparalleled evolution of music’s emotional impact. Videogames have now taken music – and our response to it – to a whole new level. Whether it’s a track in an EA game that makes you want to run faster, hit harder or board better, or the way Rock Band and Guitar Hero have revolutionized the way we get inside our favorite songs, videogames have absolutely changed the way the world hears music. What could be more exciting than that?

TVGB: Do you think the music industry needs gaming to help it continue to sell?

SS: It’s not that the music industry ‘needs’ gaming or that the gaming industry ‘needs’ music. Instead, the gaming and music industries must continue to embrace a future of innovative opportunities and partnerships. Again, the development and runaway successes of Rock Band and Guitar Hero are the very best examples today of this incredible creative synergy. And best of all, this is only the beginning!

TVGB: Game scores are exploding in popularity. Do you have plans to work more heavily to produce them as albums and why do you think we are seeing this growth in that part of the medium?

SS: People love new music no matter where they discover it, whether they first hear it on the radio, an episode of Grey’s Anatomy, or in a videogame. Gamers continue that emotional connection by wanting to take the music out of the game and carry it with them. In the past year alone, our EA Trax page at EA.com has sold over 100,000 mp3s, ringtones, themes and music from EA games directly to EA gamers. On iTunes, we’ve logged nearly 150,000 purchases of EA music, along with tens of thousands more free podcasts and downloads. Recently, our Mirror’s Edge Remix Album was digitally released day-and-date with the game itself. When fans want our music, it is our responsibility to deliver it to them. This is more than just another way to maximize the music power of our titles; we consider it to be the next major step in evolving a whole new world of global music discovery.

TVGB: As a music label closely tied to games, do you ask your artists to try to work on something that would be good for a certain game, or do they have the freedom to go any way they want? If you push for a “gaming single” do you believe that that may hamper the artistic side of it?

SS: Artwerk’s mission is to always create opportunities that take our bands beyond our own games. Junkie XL continues to create awesome remixes for other artists. Airbourne were featured in Tony Hawk Proving Ground, Monday Night Football and the WWE. Ladytron appeared with Kanye West, Pearl Jam and Metallica at this year’s Bonnaroo Festival. Datarock, Chromeo and Junkie XL all performed at Coachella. FFTL rocked The Warped Tour, is currently out with Finch and Scary Kids Scaring Kids, and is next headed to the UK for a tour with Finch. Jupiter One was featured in a Mazda television campaign throughout Europe and Asia. For each and every one of our Artwerk artists, games are only one aspect of a global marketing initiative that has a single shared goal: Great new music. Period.

TVGB: Are we getting closer to having albums available on disc? All three major systems have ways of transferring data easily to a computer and then to an mp3 player. Could we be getting a Madden album on our discs next year or the year after, etc.?

SS: Sorry to have to break this to you, but the CD format is a dying beast. Today, we can do far more efficient delivery of new music – including full albums – via global digital download. This isn’t just a business decision: Digital releases are the new mandate of gamers and music fans around the world. Our Mirror’s Edge Remix Album has already proven to be an international success. And in the very near future, full soundtrack customization – controlled by the gamer – will be entirely digital. Personally, I haven’t given up my CD collection – or even my vinyl, for that matter – but I can pretty much guarantee that our Madden ’10 soundtrack will not be available compact disc.

TVGB: Is it hard to convince bands that a gaming integrated label is the way to go? While not EA developed, have Rock Band and Guitar Hero made it easier?

SS: The fact is that the majority of artists’ income no longer comes from record sales, but from licensing, publishing, sponsorship and performance. Today, all artists want to be a part of a 360º organization. They want new opportunities that allow them to be heard by the largest possible audience. And being associated with a top game makes an artist’s image – as well as their records, concert tickets, merchandise and publishing – an even bigger part of their fans’ lives. Certainly the success of Rock Band and Guitar Hero has enabled some unprecedented deals: Just look at AC/DC, Aerosmith and Metallica. Record companies and retailers have seen sales of songs and groups increase 200% to 300% after their inclusion in both these games. Over 21 million songs have been downloaded from the Rock Band store alone, with Viacom estimating that it is averaging the sale of 1 million downloadable songs every 9 days. It’s been said that Guitar Hero: Aerosmith, which has grossed more than $50 million since its release on June 26, resulted in more revenue for the band than any individual album they’ve released in their 38-year career.

But here’s perhaps the coolest fact of all: A recent survey shows that among all boys and girls in the 8-17 year-old age group, the upcoming Guitar Hero: World Tour and Rock Band 2 are the ‘most wanted’ games this holiday season. On the surface, this means that 12-year-olds who have never listened to classic rock radio in their lives will soon be rocking out to – and downloading songs by – Ramones, The Who and Molly Hatchet. Meanwhile, the bottom line is that these games have created astonishing new revenue for bands that were once considered dinosaurs. These games have preserved Rock’s legacy for new generations. And these games have reactivated music’s power and promise like never before.

TVGB: Most licensed songs in gaming show up in sports games or racing games. Do you think licensed songs will be showing up more in more narrative driven games as narrative and sound become more and more important to gaming?

SS: The key aspect of any soundtrack must always be for the music to fit with a game’s theme, lifestyle and emotional heart. And whether it’s licensed songs or an original score, the soundtrack becomes a synergistic relationship between the developers, our music team and the gamers. The bottom line is creativity. At EA, narrative games like Medal of Honor or Command & Conquer, as well as our Lord of the Rings, Harry Potter, James Bond and Sims titles, are all scored like major Hollywood blockbusters. Over the past eight years, top-level composers such as Hans Zimmer, Michael Giacchino, Steve Jablonsky, Mark Mothersbaugh, Paul Oakenfold, Chris Lennertz, Sean Callery, Bill Conti, Trevor Jones and more have created original music for our various sports and narrative titles. Narrative games can be also be combination of original music and score, with our current Mirror’s Edge and its Remix Album being a perfect example. The first rule of music and games is that there are no rules: We are re-writing them with each and every soundtrack we create.

SS: Anytime I play a new game that prominently features music from six or eight months ago, I feel cheated. You should, too. Every game with a year in the title must move music forward. At EA, we consider it to be our greatest responsibility. My staff and I do more than just listen to an incredible amount of music; we talk to an unprecedented amount of artists, athletes, composers, publishers, developers, designers, hardcore gamers, music fans and our international offices, usually daily and often more than a year in advance of a game’s actual street date. We are the ultimate A&R [Artists and Repertoire] team, with our ears to the ground and our hands on a game controller. Most of all, we are proud to be discovering and delivering music for the most original, innovative and exciting medium in the world today. Anything less would be a disservice to gamers and music fans alike.

TVGB: So when is EA going to be coming out with their own music game?

SS: We have some pretty awesome things in development. Naturally, they’re all top-secret. In the meantime, keep your hands on a controller and your eyes and ears open!