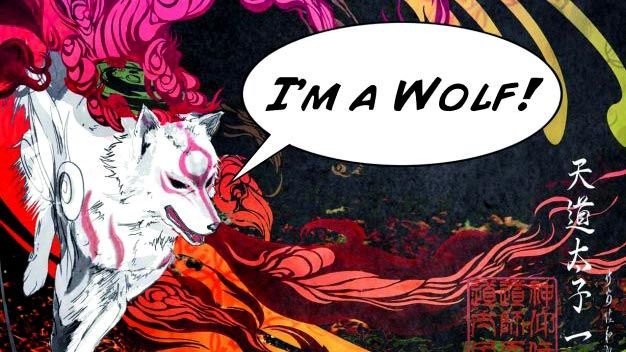 I’ve heard of haiku game reviews, but the musical game reviews of Rebecca Mayes really elevate the weird artistry of expressing one’s opinion via the interwebs to another level. After receiving more than 10,000 listens to her first song “Press A,” which catalogues the relationship-rending dangers of playing WiiSports with your boyfriend, Mayes has returned to lyrically lambaste our favorite furry sun goddess in “I’m A Wolf.”

Though I don’t agree with her assessment of the brilliant and beautiful Okami, I still enjoy her musical musings. Mayes is the first to admit that her reviews are “naive, ridiculous observations that only someone totally inexperienced could make.” But that’s also what makes them so interesting, not to mention her dreamlike arrangements weave a delightful, ethereal soundscape reminiscent of the angelic pop anthems of Imogen Heap.

“Gaming is a mysterious world to me and I stand on the edge and look into it like Alice at the entrance to wonderland,” says Mayes. “Recently I jumped into that black hole and found myself lost in a place I don’t understand. It is a place full of spectacle and phenomena which feeds my imagination. In many ways I represent all the people who know nothing about games, who are uninspired and uninterested in games. As such, I’m not sure whether I’m particularly welcome here.” Don’t listen to the hardcore haters – we welcome you, even if you do dare express a dissenting opinion. Who knows, maybe the further you fall down the rabbit hole, the more you’ll start to like it here.

I’m a wolf and my best friend’s a little bug who frankly rubs me up the wrong way
It’s so embarrassing I wish he’d stop speaking and let me get on with running around
Coz I run around, I just run around this empty island and it’s not much fun