In my post about the upcoming DLC for Pokemon Sword and Shield, I said that the free updates should make the “Dexit” crowd happy. I was very wrong. Complaints continued to come in from every comments section on the web, and I noticed quickly that some of them are misleading at best. A lot of complaints are focused on the details of Pokemon Home, the upcoming service that will (among other things) allow players to transfer over Pokemon from old games. Nintendo revealed those details today, so I want to go through some of the common complaints I’ve heard and see if they hold up.

I have to start with this one, because it was the most common complaint I heard before the games released: people assumed that Game Freak had cut the old Pokemon so that they could sell them back to us as DLC. Fortunately, this one is very easy to address: it isn’t true. The new-old Pokemon that will come with the future DLC will also be added to the games with a free update. You won’t be able to catch all of them without the DLC, but you will be able to trade and transfer them. This is in line with previous generations; you can’t catch all 800+ Pokemon in Sun and Moon, for example. Don’t be fooled by misinformation; you don’t need to buy the DLC to get your old Pokemon.

Pokemon Home as a paid service

The subscription price for Pokemon Bank in the 3DS days rubbed some the wrong way, but the service was cheap enough that few complained. But now, with Home, I hear fans saying that despite the updates being free, they’ll still need to pay for Home in order to transfer over their old Pokemon. This isn’t quite true, but it isn’t flatly false like the previous concern. When the new software launches, it will come in two versions: a free version, and a paid one. When it comes to transferring Pokemon, the main difference is that the free version can only hold 30 Pokemon at a time, while the paid version can hold 6,000. It also costs more than Bank did, at $3 per month or $16 per year. What this means is, you don’t have to pay for the service to transfer over your old Pokemon; you’ll just be limited to 30 at a time. That being said, it’s also worth noting that while Nintendo is making Bank free for a month when Home launches, so that you can transfer things out of it, that free period expires long before the updates adding in more Pokemon. For me, I doubt there are even 30 Pokemon I want to transfer. But if you’ve built up a huge collection over the years, that might be cumbersome. Ultimately, you can transfer your old Pokemon without paying for Home, but you may need to pay a few bucks for Bank, or use its free trial if you haven’t already. All of that being said, is $16 per year worth it for the paid version? I’m not sure, but it does seem a bit high. So I do believe that it’s a valid concern, especially given the jump in price from its predecessor. But this is only something to worry about if you want to do more than just transfer Pokemon; for that, you don’t have to pay for Home.

Nintendo Switch Online and the $36 myth

Let’s be honest: most players of Sword and Shield already subscribe to NSO. Between trading, battling, and raiding, the Pokemon games make great use of online features. People who don’t subscribe are saying they’ll have to pay $36 just to transfer over their old Pokemon, but that’s not really true. It assumes that they’d be subscribing to NSO solely to transfer Pokemon (without making use of any other features), and have so many Pokemon to transfer that doing so 30 at a time is impossible. If you really are that sort of person, then I agree that it’s not worth it. But most fans will get more out of NSO than just transferring Pokemon. Whether the online service is worthwhile really comes down to you, but that’s also a separate question altogether. And that’s the point: NSO is its own creature, and shouldn’t just be dismissed as an extra cost to transfer Pokemon. 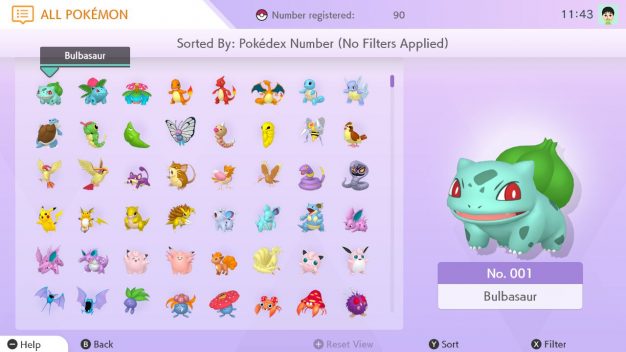 I was one of many fans dismayed by the lack of GTS in Sword and Shield; I believe I even mentioned it in the review. With today’s announcement, though, it has been revealed that GTS and other trading services will be part of Home. For GTS specifically, the free version allows for 1 offer at a time, like older games. The paid version, meanwhile, allows for 3. In other words, what you can access for free is the same as it always was, which should make everyone happy. The only other concern is that these trades are done through the mobile version of Home, not the Switch version. I don’t see that making much of a difference, though; if you have a Switch, you probably have a smartphone. It might even be an improvement; the GTS was cumbersome on the DS and 3DS. At worst, this should still make people happy, as it’s the free return of a feature a lot of us wanted back.

Here’s what everything comes down to: If you want to transfer 30 or fewer Pokemon to Sword and Shield, and you already subscribe to NSO, you don’t have to pay a cent. If you want to transfer more than that, and you can do so 30 at a time, the most you’d have to pay is $5 for Bank. I truly believe that those cases cover a large majority of players. But if you want to use Home to store a lot of Pokemon and/or you don’t already have NSO, then you have a decision to make. If you ask me, it’s absolutely worth it for people who really care about keeping all of their Pokemon. NSO has other features and perks to make it worthwhile, and while $16 per year is a little more than it should be, I doubt many Switch owners would miss the $1.33 per month.

I know that a lot of these complaints come from people who will never be satisfied, but this post isn’t for them; it’s for the people who have been misled or left confused by all of the angry rhetoric. Your decision is up to you, but I hope this helps you wade into the debate armed with the proper information.