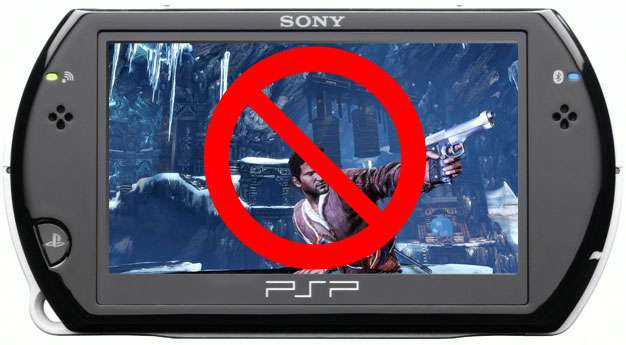 Sometimes I wonder if I have an unhealthy relationship with Uncharted, like, maybe I’m the creepy stalker that calls it on the phone just to hear its voice or sleeps in its yard. If I do, it doesn’t bother me in the slightest. My life-sized Sully pillow will comfort me.

During our E3 demo session with Uncharted 2: Among Thieves, I asked co-president of Naughty Dog, Evan Wells, if there were any plans on bringing the adventures of Nathan Drake to the PSP. After all, the PSP Go is a hot little number that would no doubt raise the eyebrows of both Nathan and Sully. Unfortunately, (or fortunately, for those that dislike single-nub devices), Evan said Naughty Dog had no plans on doing a PSP version, preferring to keep the series on the PS3. However, he didn’t say anything about another developer doing a portable side-story. Building a rumor from nothing is a skill, folks.