Fans of the original Wonder Boy arcade game and its successors, also commonly referred to as Monster World, can today rejoice as a shiny new trailer and details on physical editions have been released for the upcoming remake of Monster Boy IV, titled Wonder Boy: Asha in Monster World. The trailer shows off the game’s lovingly crafted cel-shaded art style that pays homage to the original look of the game but also brings it more in line with 2D platformers of recent generations.

Developed by Studio Artdink, the remake of the beloved platform adventure title brings together a number of those responsible for the creation of the original game in order to retain the charm and spirit of the original. For those that haven’t had the chance to play the original Monster Boy IV, players will take control of Asha as she is tasked with freeing four spirits who have been trapped by evil forces whose origins will become clearer as Asha progresses further on her quest. Asha is not alone in her adventure, however, as she is joined early on by her lovable new companion Pepelogoo. The two must work together to overcome challenges and obstacles and uncover the truth about the forces of evil that pose a threat to their world. 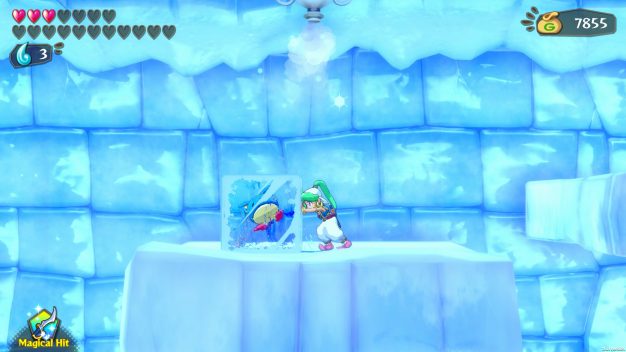 Along with the new trailer, details were released of the game’s various limited physical editions, handled by Strictly Limited Games. There will be three different editions of the game available at release on both Nintendo Switch and PlayStation 4, all of which will include the original Monster Boy IV game. 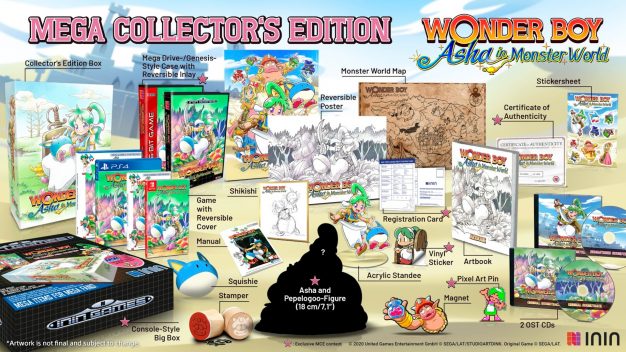 The game is currently scheduled to release in Q2 2021 on both Nintendo Switch and PlayStation 4 both digitally and with the aforementioned physical editions. The physical editions of the game can be pre-ordered directly from Strictly Limited Games here. More information on Wonder Boy: Asha in Monster World can be found on the game’s website.