Scorn is a really icky, sticky game that gives you all kinds of visceral, uncomfortable feelings even after only a couple of minutes watching the first trailer. Today, the team behind Scorn, Ebb Software, released the first ever uncut gameplay trailer to give players a taste of what’s in store. Watch below for more icky, sticky, creepy-crawly feelings.

In the trailer we get a better look at the strange world of Scorn, its seemingly sentient environment and a few hideous enemies. Equally hideous is the weapon the character holds, some kind of living shotgun with a pretty gross reload animation. Everything feels…wrong without being particularly gory or bloody. 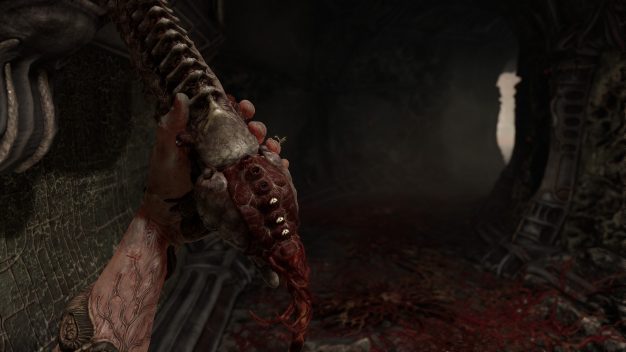 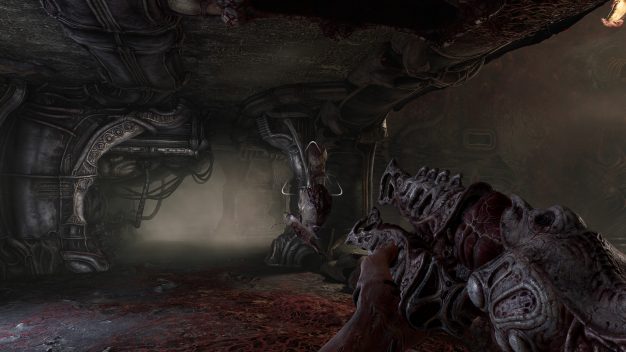 If you can’t wait to get your hands on the game, Ebb Software have started up a Kickstarter for Scorn to raise funds for the game, the first part of which, DASEIN, will release in 2018. Supporters will be treated to an exclusive demo which is due to release on September 22nd.