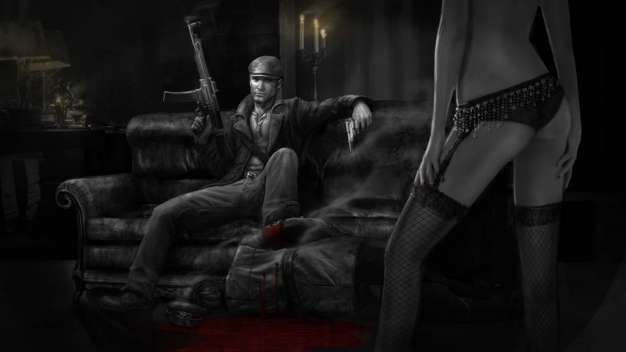 Pandemic Studios has declassified a fresh batch of screens from their open WWII title, The Saboteur. Looks like Sean Devlin, the game’s multitasking Irish racing mechanic and Nazi regime undermining saboteur is also a bit of a ladies’ man. Unless, of course, that’s a dude – those Parisians have such slight builds.

Either way, these new screens have us eager to “enter the seedy underground world of a saboteur living in 1940s Paris, where the women are sexy, the missions are epic, and the revenge is satisfying.” Players will step into Sean’s shoes as he fights to liberate France from Heir Hitler’s forces with the help of the French Resistance, British Intelligence and a hell of a lot of explosives. You won’t be undermining the Nazi occupation via strongly worded pamphlets. As the name implies, you’ll be using your “tactics of sabotage” to blow up zeppelins, derail trains, implode bridges, flatten tanks, and render bases nothing more than smoking piles of ash, slowly restoring color to the world as the regime crumbles.

The pamphlets, you can work up on your own time.