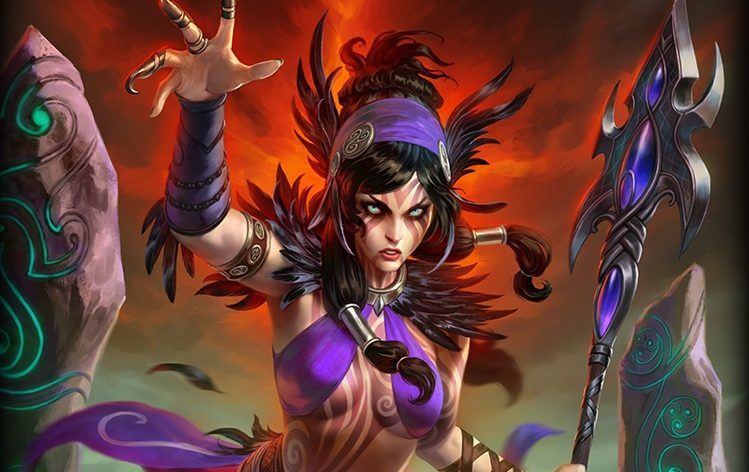 The Celtic Pantheon’s first goddess was revealed this afternoon at the 2017 SMITE World Championship and Hi-Rez Expo in Atlanta, GA!

Hi-Rez Stew, President of Hi-Rez Studios, described her as the coolest god(dess) they’ve ever made. And I couldn’t agree more. She’s definitely going to make a HUGE impact within the SMITE community. Check out her God Reveal trailer and the Dev Talk video below to see why.

The Morrigan, The Phantom Queen

The Morrigan and all the skins shown above will be released after the SMITE World Championship concludes this week in patch 3.25!