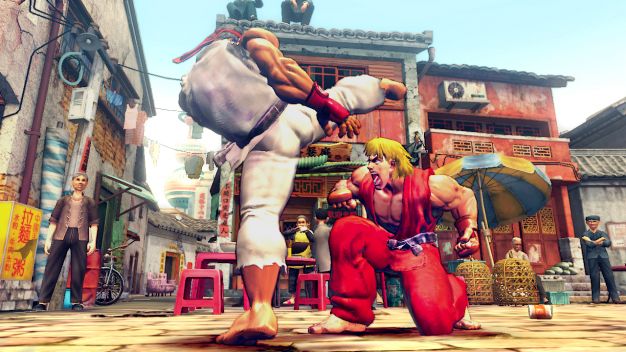 Considering how many iterations there out there of Street Fighter II I doubt this will really surprise anyone, but a new iteration of the game has been practically confirmed according to OXM. Not much real information on th whole thing, but Capcom is dropping hints on what it, or other future iteration might contain.

First off is a new character who is Gouken’s daughter. She will probably be as strong as Ryu, Ken or Akuma and might be able to do a one handed hadouken like her father can. Next is the mentioning of Rolento is mentioned as a possible character followed by special intros (Gouken vs Ryu, for example) that will probably be added in the next update or next version. Finally, Capcom wants to add a ‘diagram’ or a tier chart showing the results of each match-up. This was supposedly already in Street Fighter IV at some point during development to help balance the characters and would now show up to be a feature.

Capcom may also host a survey to find out what players want. I understand the refining and tweaking that goes on in these iterations of the game, but with a good chunk of this stuff easily taken care of in downloadable updates is it really necessary anymore? Shouldn’t we be seeing the end of titles like Street Fighter IV: Super Alpha Omega Uber Strike Delta Sigma Roundhouse Greenspan Otter Breasticles?