Developer and Publisher Oddworld Inhabitants have dropped a new trailer for their upcoming game Oddworld: Soulstorm, showing off some of the action-adventure platformers new gameplay features. Oddworld: Soulstorm is set to release this Spring on PC, as an Epic Game Store timed-exclusive, PlayStation 4, and PlayStation 5.

Oddworld Inhabitants’ latest adventure is a reimagining of the cult classic Oddworld: Abe’s Exodus and a direct sequel to Oddworld: New ‘n’ Tasty, which was itself a reimagining of PC and PlayStation 1 classic Oddworld: Abe’s Odyssey. Player’s take control of Abe, a loveable yet reluctant Mudokon hero who inadvertently sparked an uprising of his fellow oppressed Mudokons in the events of New ‘n’ Tasty. It is now up to Abe to follow through on this and lead his fellow oppressed Mudokon workers to freedom against the planet’s ruling power, the oppressive Magog Cartel. Abe must use whatever tools he can get his hands on to fight, or avoid, his oppressors, as he helps to guide his followers to freedom. The game puts choice in the players’ hands as it allows for a scope of options of how to tackle puzzles and challenges, which can ultimately affect how the game plays out. The game features a karma system, called Quarma, that is designed to give real-time feedback to players on how their actions are affecting the world around them, ultimately affecting how Abe’s, as well as his fellow Mudokons’, story concludes. 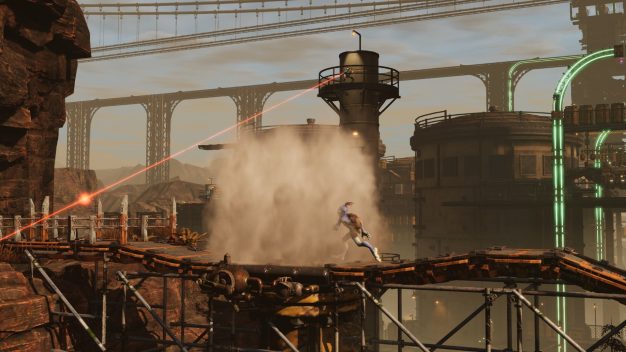 Oddworld: Soulstorm features 1,000 Mudokons Abe must liberate and guide to safety along his adventure, and the more Mudokons Abe saves, the stronger the uprising becomes. The action-adventure platformer also features a crafting system that allows players to craft weapons and tools that can be used to defeat enemies or solve puzzles. These tools can even be given to Abe’s followers allowing them to help out with enemies and obstacles, giving the player the choice of how Abe’s followers approach their journey. 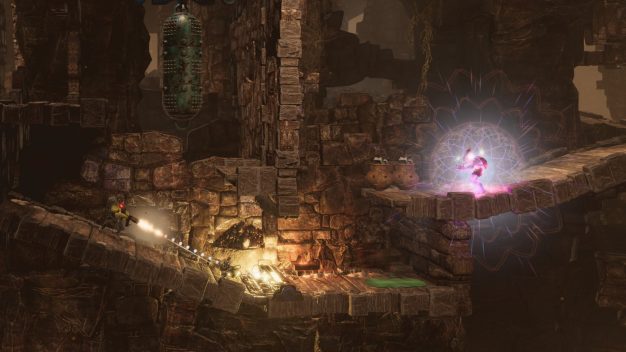 The new trailer also shows the game’s new cinematic art style, which draws heavily from Abe’s original adventures and develops it for the current generation. The platformer features what the Oddworld Inhabitants are calling a ‘2.9D perspective’ as it still follows the same side-scrolling formula Oddworld: Abe’s Exodus did back in 1998, however, large amounts of the environments and characters are displayed in full 3D. The world design looks to complement the twisted sense of humor and dark storyline of Abe’s adventure, which the developers claim will take around 15 hours to complete for a first playthrough. The game also features achievements and leader boards that will give completionists and competitive players incentive to continue even after the credits roll. 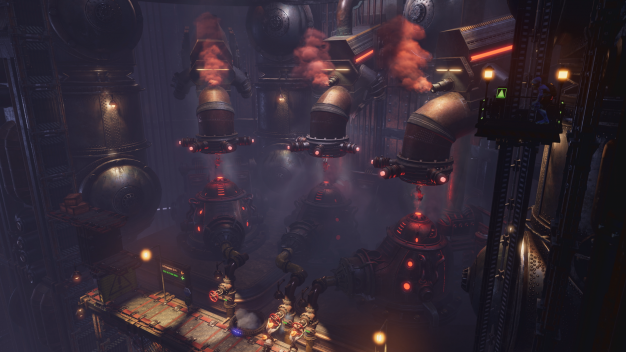 Oddworld: Soulstorm is scheduled to release Spring 2021 on PC, as an Epic Game Store timed-exclusive, as well as both PlayStation 4 and PlayStation 5. More news and information can be found on the game at Oddworld Inhabitants’ Official Website.