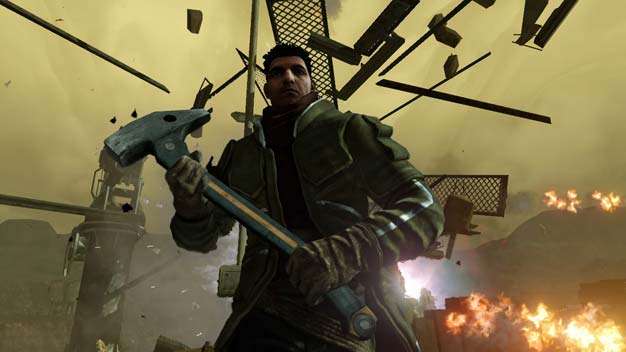 Danny Bilson, VP of THQ’s core games division, has confirmed that the next game in the Red Faction franchise will hit this year, containing “insane upgrades” over previous installments. Speaking somewhat cryptically, he goes on to say that “it’s different from the last one but similar.”

“It’s sort of a combo of the old one and the new one, so it’s… I don’t want my marketing guy to be pissed at me for giving away too much, but it goes back underground and it’s really cool,” Bilson continues. No word on if the company has recently changed marketing guys, as earlier this month he did elaborate a bit more about the changes that are in store.

Bilson also points out that while Red Faction: Guerrilla was a critical success it is probable that the game was “played by a lot more people than the amount we sold.”

Among the issues present in Guerrilla, he adds, were the “simple things” that were really the major problems. “…being in a dusty environment for a long period of time could get a little monotonous,” for example.