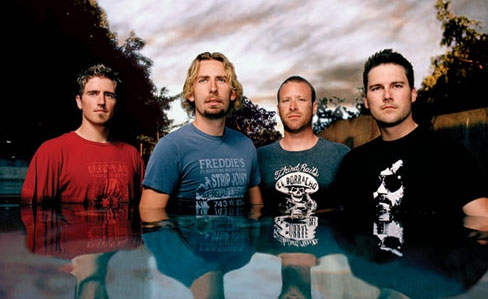 Some say Canada is a glorious nation. It has Labatt Blue, an Alaskan border, is home to celebrities ranging from John Candy to Rachel McAdams, and has many picturesque outdoor environments. But do you know what else it has?

Harmonix and MTV Games today announced next week’s Rock Band downloadable content, and named six tunes from the alt-pop quartet as the songs in question.

Fans of the group can pick up “Burn It to the ground,” “Figured You out,” Never Again,” “Photograph,” “Rockstar,” and “This Afternoon,” next week in the Rock Band Music Store on Xbox 360, PlayStation 3, and Wii.

Each song will be available in its respective virtual location June 29, priced at $1.99 per tune, or $9.99 (800 MS points) for the pack, except on Wii, where songs are only available individually.

And if six songs from the band just won’t be enough for you, Harmonix has named the track pack “Nickelback Pack 01,” a likely harbinger of more to come.

I’m going to purchase these tracks the second the clock strikes midnight on Tuesday, what about you?