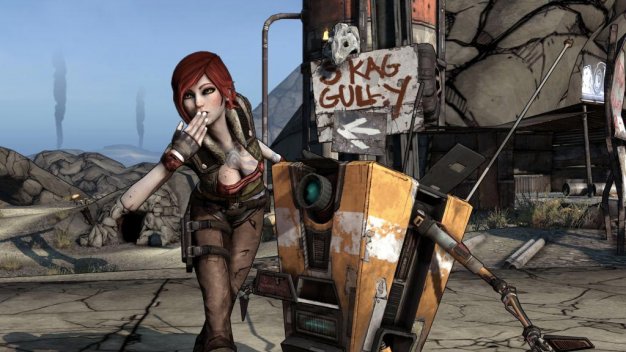 Gearbox vice president Brian Martel has said that should the company ever decide to deliver their open-world level up fest Borderlands to Wii users, it wouldn’t be just for the sake of having their game on the system.

“… it’s hard to take this game and really kind of dumb it down if you will,” Martel said when asked if Gearbox is entertaining the idea of bringing the game to the Wii, or even the handhelds or the iPhone. “… we’ll see, [there’s] definitely an interest there. We made Samba de Amigo for the Wii, so we love working on the Wii. We took one of the Brothers In Arms games and put it on [the Wii]. So we love the Wii [but] it’s not always the best thing. Nintendo sells the most copies, so, yeah.”

“You don’t want to feel like you’re milking the product just to get it on the Wii, especially if it doesn’t really help the game,” Martel went on to explain. “There are probably some areas of [Borderlands] that could really [work with the Wii controller] and be really excellent for it. We’d have to really consider it, I don’t think it’d be the same game at all. We’re not gonna do it just because.”

So while a Wii port might not be in the cards, Martel did open the door open for another way to get the world and characters of Borderlands out there, “We’ve got this very great character called Claptrap [if you’ve missed this fellow, do get acquainted with him here and here] … he’s a great character, we’d love to see him as a sort of a side-scroller character.”