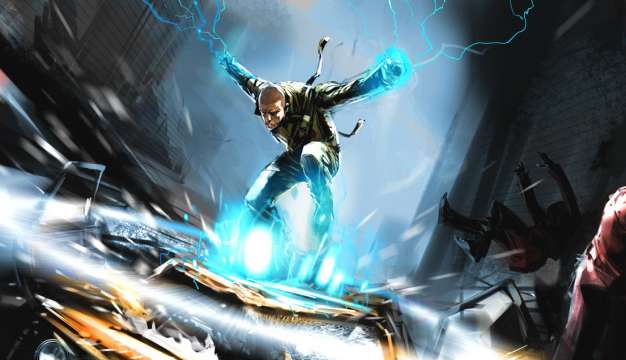 Sucker Punch’s inFamous certainly isn’t the first videogame to present players with moral choices, but it is one of the first to be blunt about the complete lack of a moral middle ground.

“We had [neutral karma] initially, but we found that people wanted to be really good or really evil,” said Game Director Nate Fox in a live chat on PlayStation.Blog. “No one cared about the middle.”

“All of Cole’s base powers get twisted by his moral decisions. We wanted to give people who were heroic powers that offset that play style and the same for evil people. Really you get two very different play throughs depending on which side of the moral fence you land on,” he continued, stressing that players’ tendencies toward altruism or assholism will impact more than just the attendance of their ticker tape parade. “The karmic changes to your powers work better for different kinds of play. So some people will find evil easier, some people will find good easier. Both are super fun.”

I’ve tried to walk the fine line between good and evil, but it always results in disappointment. Even games that claim to cover the entire moral spectrum don’t reward neutrality like they do villainy and heroics. In games, morality is binary. Personally, I’d love to explore the moral grey zone, where neutrality was presented as its own choice and not just a balancing act between good and evil. But until developers and designers actually start crafting story lines that cover a wider spectrum of ethical choices, I approve and applaud Sucker Punch’s honest approach. F*ck ambiguity.