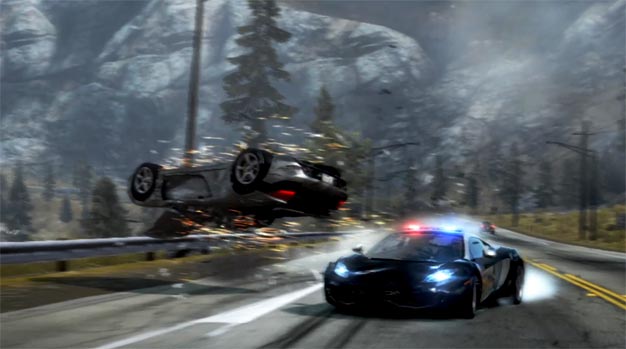 Criterion deservedly took home the BAFTA for Best Multiplayer this week, thanks to the Autolog system incorporated into Need for Speed: Hot Pursuit. The feature does a brilliant job of pushing you to beat friends times and show them who’s boss. It’s also set to return in the upcoming Shift 2 Unleashed, but will Criterion continue to expand the system?

“We’ve not got a shortage of good ideas,” revealed Senior Producer Matt Webster. “It can map to anything, anything with a score.”

Steve Cuss, another producer on the game, added: “We love social competition, which is where it came from. We’re going to carry on loving that and we want to do more of it, and I want to prove that I’m better than Matt and Craig [Sullivan] so we have to show that in ever-more detail I guess.”

“We had a lot of ideas that we didn’t ship in Need for Speed: Hot Pursuit,” said Craig Sullivan, creative director. “Autolog is more of a way of thinking about competition, and what you put into the game so we believe that if there’s ever a comparison to make it’s better to make it face-to-face, so it’s limitless.”

Better question; where will Criterion put the next Autolog? Burnout? More Need for Speed? Hopefully the answer isn’t too far off.