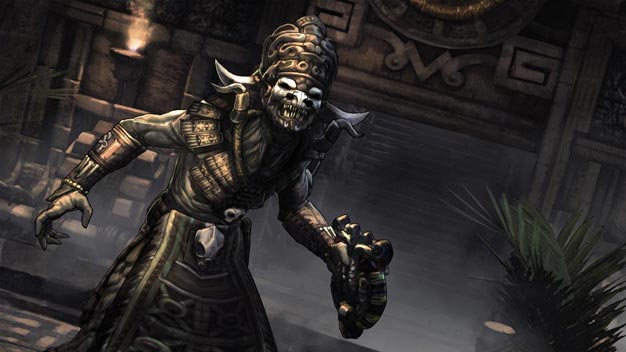 Lara Croft and The Guardian of Light‘s online co-op update for the Xbox 360 is MIA; initially announced for roughly a month after the action-adventurer wrapped up August’s Summer of Arcade promotion, the update has been distinctly missing from Xbox Live. We’ve looked. Frequently.

It is still coming though. While not able to offer an exact date, Square Enix PR tells us it ‘won’t be long now’.

Fingers crossed the same goes for the PC and PS3 counterparts; when released last month, online co-op play on those versions was held back for further development as well.

Once released though, the patch will be free for all versions of the game.