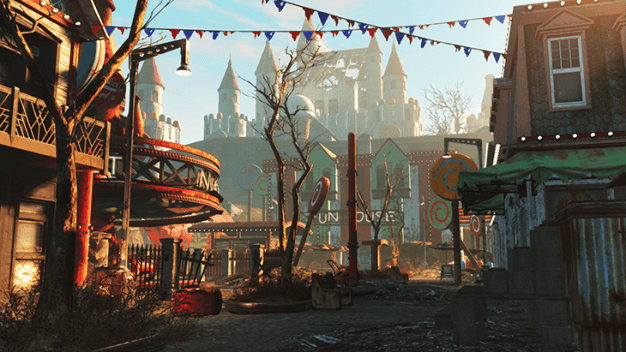 That is not the castle from the movies…

Welcome, all you wastelanders, to the theme park of both your dreams and nightmares; Nuka-World! The sixth and final add-on for the hit game Fallout 4 is now available worldwide for PC, Xbox One, and Playstation 4 for $19.99 or free for those holding a season pass. Don’t be afraid as Bottle and Cappy (the Nuka-World mascots) will sing you to safety and help guide through the ruins of their park. So gear up and get ready for a vacation that will surely leave a lasting impression. 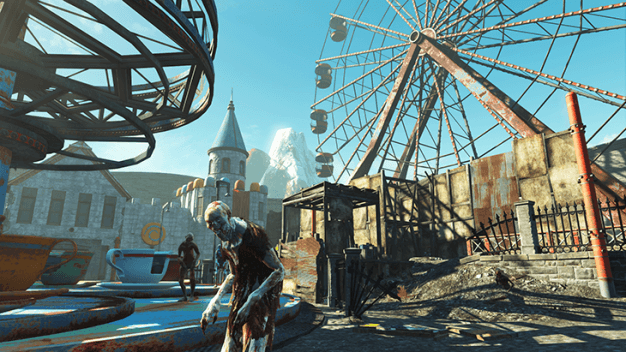 Nuka-World is a vast amusement park that has now been overtaken by Raiders. This DLC features all-new regions that combine both open wasteland and unique park areas such as the Safari Adventure, Dry Rock Gulch, Kiddie Kingdom, and Galactic Zone. While visiting the park you can command a gang of Raiders and use them on your campaign to conquer settlements and the Commonwealth itself. Included in this DLC are new Raiders, missions, weapons, creatures, and so much more. 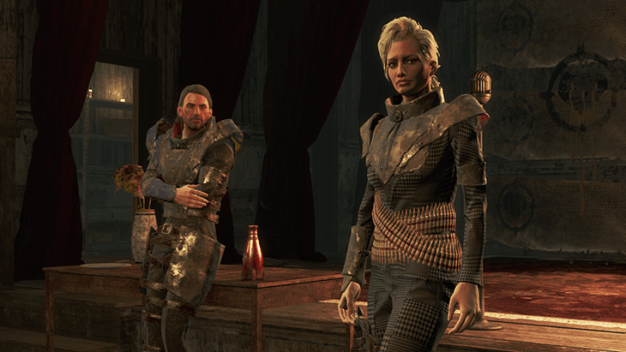 Here is the gameplay trailer for those of you who are still debating on whether or not to pack your bags and head off to this new chunk of wasteland:

About the author: Dane Sauve

Dane Sauve is a student at Laurentian University who is studying both English literature as well as philosophy. When Dane isn’t reading English medieval literature or knee deep in an ancient Greek...  Read more...