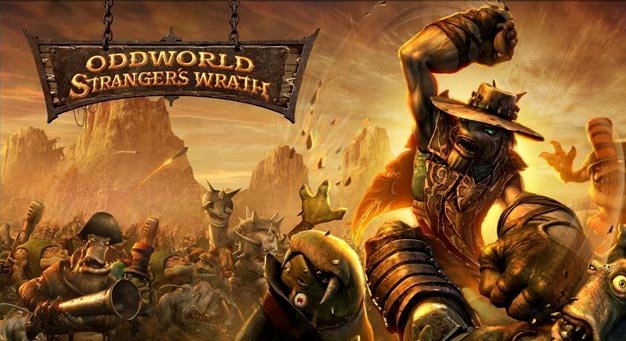 There’s a big pile of Xbox exclusive games that were really fantastic that nobody played. Games like Breakdown, Phantom Dust, the Otogi games, and anything made by Smilebit are all great, but the one that always gets brought up the most when talking about criminally overlooked Xbox games is Oddworld: Stranger’s Wrath. The open-world shooter was a bizzare and refreshing experience which proceeded to tank (partly due to EA not advertising the game at all because developer Oddworld Inhabitants couldn’t get the game to run on PS2, or at least that’s their side of it).

Well it looks like everyone out there is gonna get another chance, as Oddworld Inhabitants president Lorne Lanning dished out some tasty info during a recent interview with Bitmob. First up is the news that Lanning just signed a contract to release both Oddworld: Abe’s Odyssey and Abe’s Exedous on the PlayStation Store, but no word on a date or a price. However the big news is that Oddworld Inhabitants is currently working on porting over both Munch’s Odyssey and Stranger’s Wrath to the PC, where they plan to release a compilation of all four games on Steam and other download services called The Oddbox sometime “this winter.”

Oddworld: Stranger’s Wrath has unfortunately become one of those games that game snobs like to brag about having played and yell at anyone who hasn’t, but it really is a quality product that anyone who hasn’t played it should check out. Hopefully they work on updating the graphics a little bit, but since a shooter is usually best played with a mouse & keyboard, the PC could wind up being the superior version.