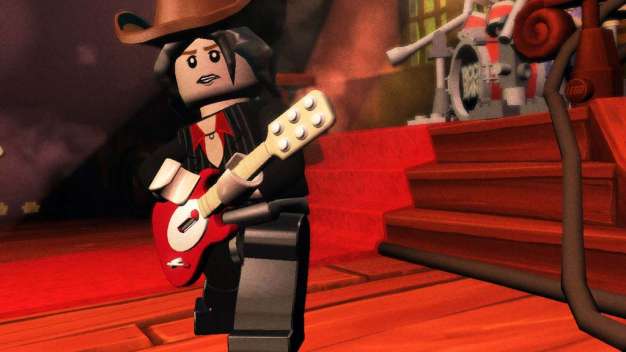 Last week Warner Bros. announced that LEGO Rock Band will allow for the songs on disc to be exported to Rock Band 2 for a $10 fee. Those PS3 and 360 owners looking to keep the LEGO disc and rock out with their blocks out, though, will find not all of their DLC will accompany them.

According to the Score Hero message boards, every song is rated on a 1-4 system (1-Everyone, 2-Teen, 3-Mature, 4-Unrated) and only songs with a ‘1’ rating will make the cut to be used in LEGO Rock Band. A user on the Score Hero forums with the handle pksage has compiled a list of which DLC songs released from 6/30 to 10/6 made the cut and which ones didn’t. While some songs like ‘Hammer Smashed Face’ by Cannibal Corpse are by no surprise not included, other tamer songs such as ‘Ironic’ by Alanis Morrisette have not made the cut either. It will be interesting to see the final complete list of allowable songs.

LEGO Rock Band will be available for the whole family November 3rd for PS3, 360, Wii and DS.