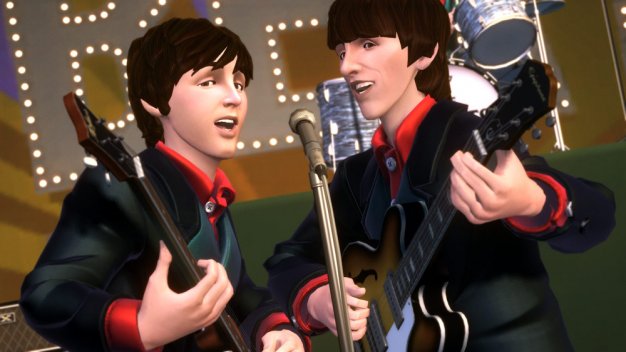 Sir Paul McCartney, singer, musician and the most successful songwriter in the history of music, is useless at The Beatles: Rock Band.

In an interview with The Times newspaper today, Macca is asked if he has ever played the rhythm action game that bears his band’s name. He has, but with less successful results than you might expect.

“Yeah,” McCartney tells The Times, “my assistant showed me how to set it up ’cos I’m not Mr Tech. I lost twice. On Easy.” So you lost on Easy trying to simulate songs you wrote in the first place? asks the Interviewer. “Yeah,” says McCartney, “and I was playing bass, I’m ashamed to say. It’s all red and green and yellow buttons. I said, ‘Can we start this again?”

Bless him. He may be a successful billionaire, capable of picking up any woman he desires and living a life that many of us can only dream of, but he sucks at Rock Band. I bet he’d trade it all in if he could.