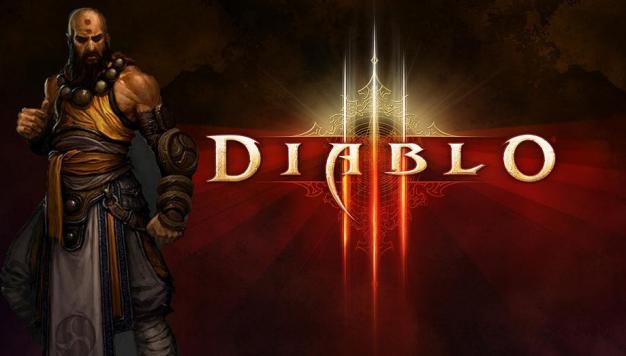 I had a chance briefly this morning to get my hands on Diablo III at the Blizzard booth here at PAX 09. I decided to try out the newly announced Monk class for myself as it is further removed from what I am used to in Diablo II. The first thing to notice as different is that the pace of the fighting is a bit slower than that of its predecessor. However, Diablo III responds in kind because everything has an extra weighty badass-ness to it. What I mean by that is that when you pull of a large skill, the ground or the screen might shake, and the audio gives you very satisfying feedback to go along with it. The result is that you really feel like you are fighting these deadly things off as they try to surround you.

The interface is familiar but dressed up, and item names appear over drops as normal. Two things that are very different that I noticed in the small demo were checkpoints, and reviving teamates. When I died in the demo, the game waited to see if a teammate was ready to revive me with a skill or potion and when no one did, I was resurrected at the last checkpoint which was close by. This is markedly different from Diablo II, in that I had all my equipment and did not need to worry about whether I dropped a portal or had to walk to my body from town, I just got right back into the action. I don’t know if this is a positive change or a negative one just yet, I am really biased to Diablo II, and I am not sure if those checkpoints persist when the game is turned off. One thing is for sure, it’s fun.