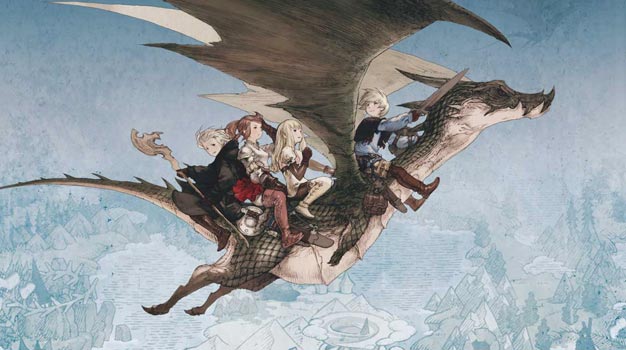 So let’s say you weren’t the biggest fan of Final Fantasy XIII. The whole Utopian future vibe isn’t your thing, and you long for the days of swords and sorcery in your Final Fantasy game. If that’s you, then Square Enix has been busy making you a personal love letter in the form of Final Fantasy: The 4 Heroes of Light.

The demo happens to be aware that it’s a demo for a trade show, so the game opens with your mother waking you up so you can embark on your quest to experience a new role-playing game. You’re pointed in the direction of the castle where the king sends you out on a journey to rid a local cave of some bad guys.

4 Heroes of Light has a distinctly upbeat vibe to it. The text was tailored for the demo, but if the verbal stylings are any indication, Square Enix is definitely going for a more lighthearted feel. This carries over to the graphics as well. 4 Heroes of Light is bright, colorful, cheerful, and somewhat silly with the in-game characters having disproportionally large heads.

The demo represented the game in its early stages of play, so each character was limited in their abilities, but there are multiple job classes and plenty to learn. 4 Heroes of Light’s combat uses a behind-the-back viewpoint, which might remind you more of a Dragon Quest game rather then a Final Fantasy game. The game’s product manager quoted the length at around 10-15 hours, but he was quick to point out that could “easily double” for those looking to max out their characters and explore every nook and cranny.

My quest through the murky cave was somewhat easy, and the graphical style leads me to believe that 4 Heroes of Light would serve as an excellent introduction to the genre, but anyone who has been playing these games for some time will have trouble not cracking a smile at the world Square Enix is presenting. JRPG fans need to make sure this one is on their radar.

Final Fantasy: The 4 Heroes of Light is scheduled to be released stateside on October 5th and 8th in Europe, for the Nintendo DS.