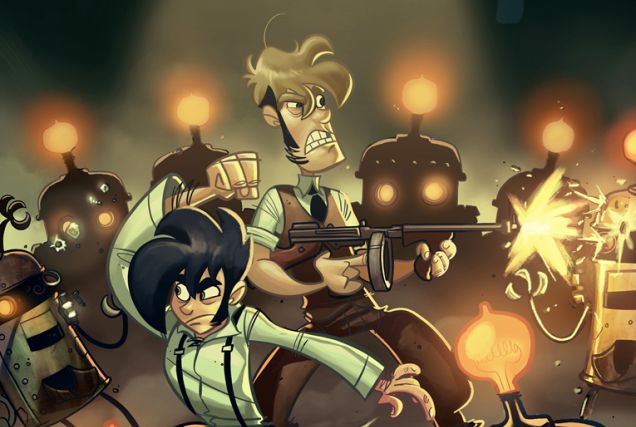 It must be good to be the PA guys. Not only are they basically nerd gods, read by millions, funny and the originators of one of the most popular gaming conventions out there but now they’re also the creators of the highest grossing debut in Xbox LIVE Arcade history with their new episodic game Penny Arcade Adventures. The game has made a massive $330,000 over three days, obliterating Worms HD’s previous hold on the spot by $50,000. Yup, it is pretty good to be Gabe and Tycho.

It’s also good to be XBL Arcade. Not only did this game prove that people are willing to pay a bit more for bigger games, it also marked the arrival of said bigger games with Penny Arcade Adventures being the first game to exceed the 150 MB limit. This is also the first outrageously successful episodic content to be released on XBLA and if the second chapter, which I’m sure is now being pushed forward with even more gusto, is just as successful, hopefully we’ll be seeing more game designers jumping on board with the method. Sadly, I have not jumped on board the PA gaming train yet as I’m far enough behind on my games as it is, but once I’m not you can bet I’ll be plopping down my $20 bucks to start getting my laugh on. What about you? Price too steep or if you’ve already bought it, is it worth getting the next one?