Pillars of Eternity II: Deadfire – Ultimate Edition for PlayStation 4 is the all-encompassing package of the base Deadfire game, three expansions, and numerous updates released for the PC since 2018. That’s a whole lot of content! I had nothing but love for the PC version and that love was rekindled on the PS4. But did this version love me back? 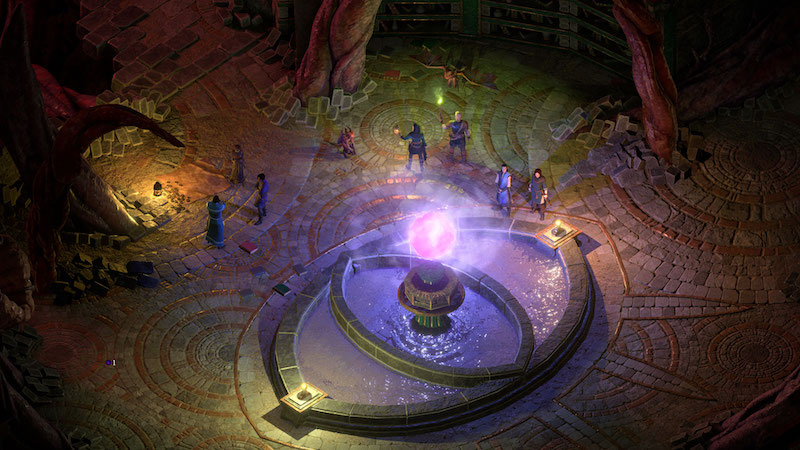 We loved Pillars of Eternity II: Deadfire for the PC. This review covers enough to let you know what to expect but focuses more on the port (or presentation) of this game from PC to the PS4.

For those of you who may not have dabbled in Pillars of Eternity II: Deadfire, this epic RPG follows you, the Watcher of Caed Nua, and a ragtag party of adventurers as you pursue Eothas, the God of Rebirth, who is storming around the islands known as the Deadfire Archipelago as a giant stone statue. Your character is indeed the main character of Deadfire‘s predecessor, Pillars of Eternity, and that statue is the very same one that was buried below your castle. The reawakened Eothas lays waste to your castle and its inhabitants, sending you to your death and rebirth, but only after a conference meeting with the god Berath, who decides that Eothas is a threat to all and that your new job as a living being is to stop it.

You’ll have the opportunity to decide your character’s history if you didn’t play Pillars of Eternity in order to shape your identity in this sequel. Unfortunately, you won’t be able to import anything from the first game, so those who have played it will be left to fill out what decisions they made for their Watcher. Since this is a direct sequel, Obsidian attempts to fill you in on all the happenings from the first game within the opening cinematics. There are also helpful tooltips that you can inspect if you are unsure of some of the lore elements or locations that are discussed in the story. 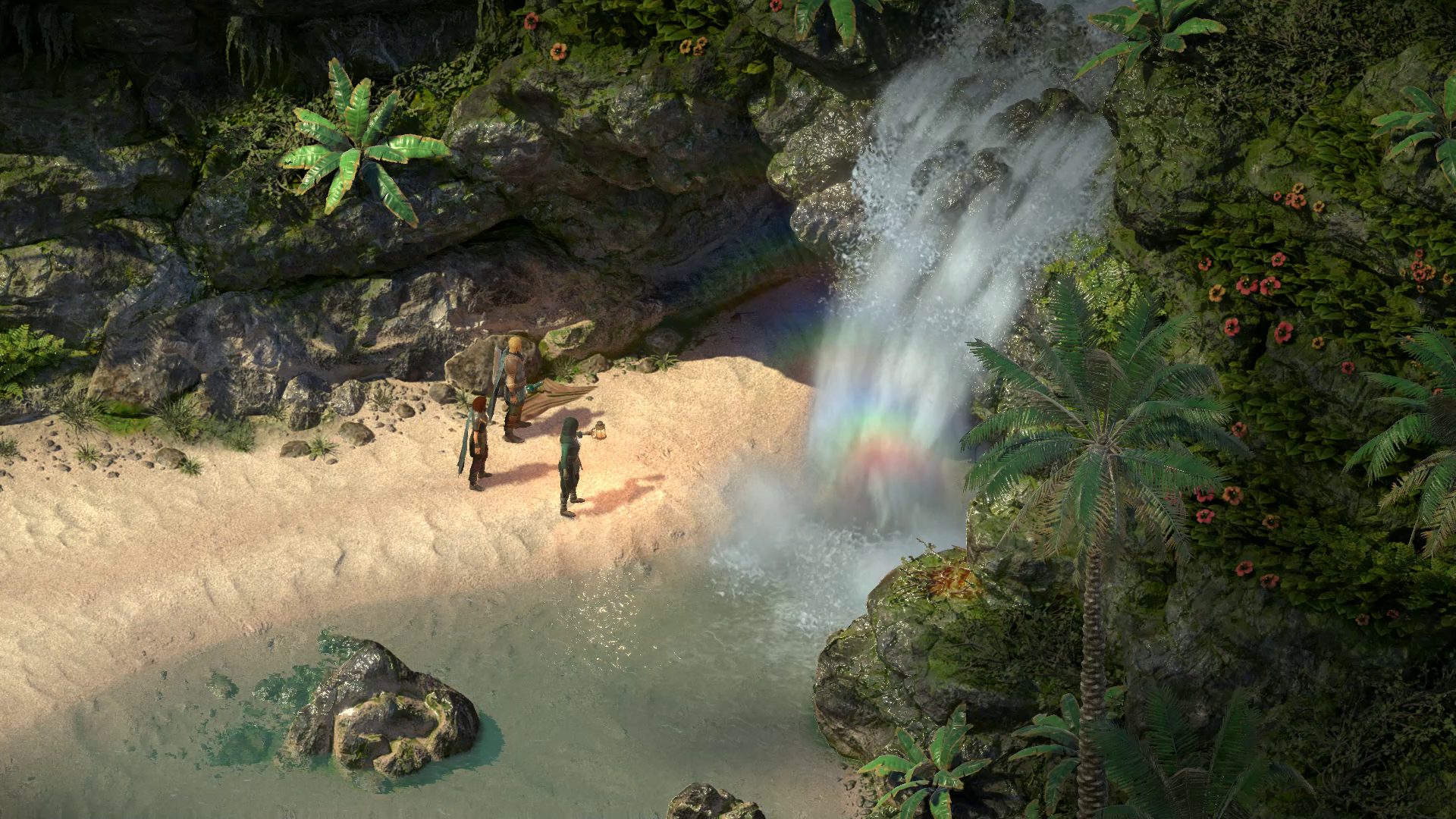 As I said in my review for PC, the character creation is much improved since Pillars 1. Not only are the models much better looking, but classes offer more customization, making more different builds possible from Pillars 1. This goes for your party members, too. You’ll encounter some familiar faces during your adventure, but also run into some new and interesting characters to join your ranks as crewmembers or party members on your ship, the Defiant.

Sailing around the Deadfire Archipelago is a prominent feature of this game. I loved this mechanic over the slow crawl of the map in Pillars 1. This also opens up the opportunity (or annoyance) of ship combat that plays like a text adventure. The options you choose can lead to a direct assault by boarding an enemy ship or allow you to fire canons and attack from a distance. The weapons and equipment of the Defiant are upgrade-able, as is the option to buy a new ship that offers better stats for sailing around the seas. 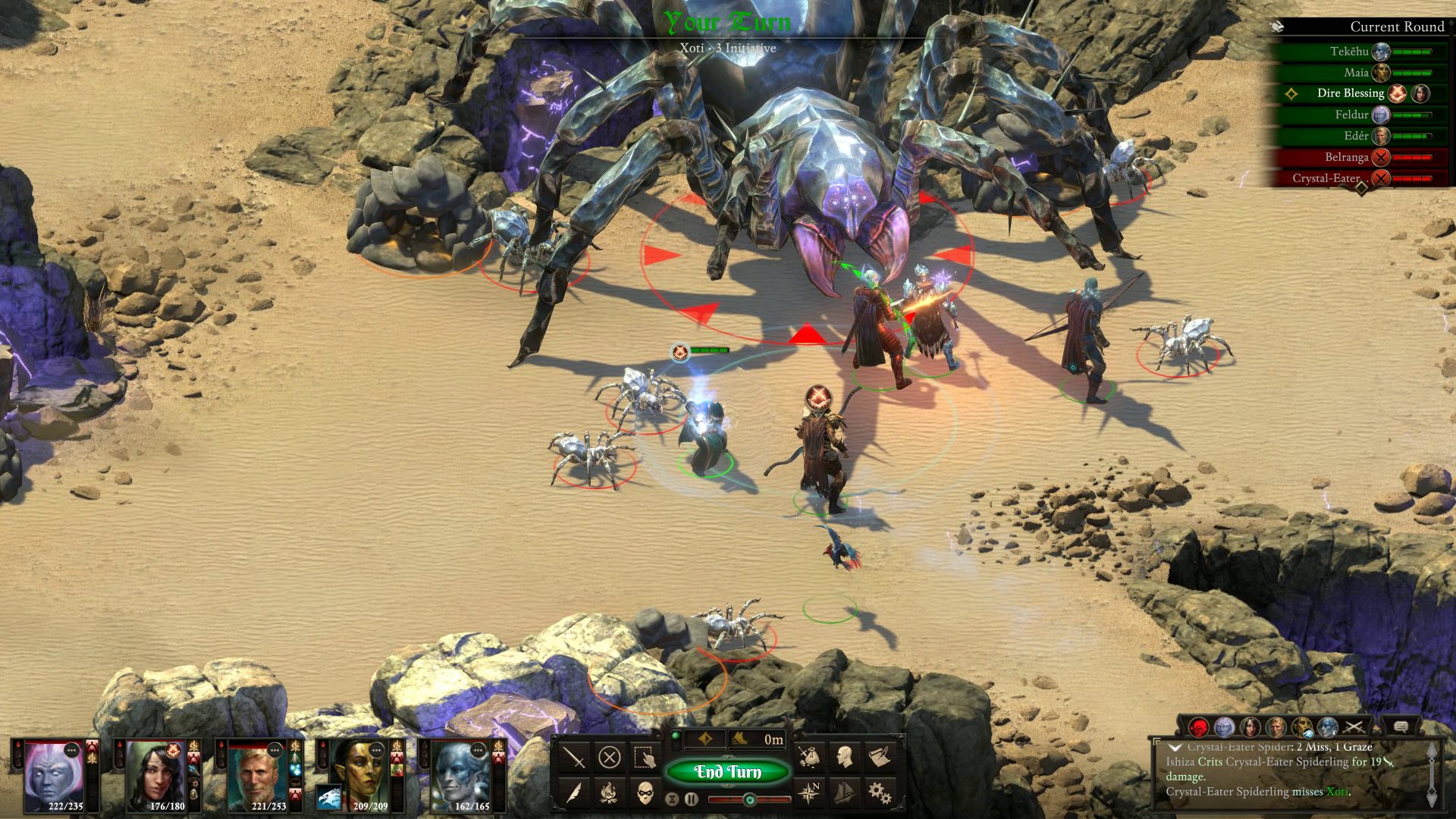 The Deadfire story is an engrossing tale and the supporting cast that help you along the way are expertly written and voice-acted. Side quests and tasks feel meaningful and will steal your attention from the main storyline, for good (gaining valuable XP) and bad (this game is already super long!). The soundtrack is on par with the exotic locations peppered around the Deadfire Archipelago, not to mention the beautifully crafted landscapes that you get to explore. While I don’t plan on spending as many hours in this version as I did on PC, I thoroughly appreciate the meticulous world-building that Obsidian does and what they offer for different play through styles.

One new update that I didn’t try on PC is the turn-based combat mode, which was absolutely my cup of tea. Don’t worry, there is still the original mode of real-time combat with pausing if that is your preferred choice. While this new mode isn’t on the same level of turn-based combat like Divinity: Original Sin 2, I  enjoyed the tactical elements and felt more invested in my party members and their abilities. However, this mode drags fights out for a much longer time than real-time, making this option an additional time investment in a game that is already long. Consider this a fair warning! 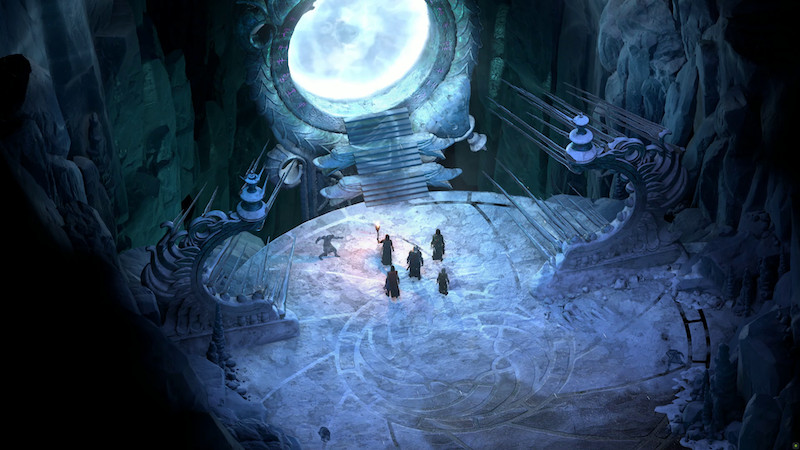 Deadfire‘s PS4 translation of the UI and complicated menus from the PC version is much smoother than the clunkiness the Pillars of Eternity Complete Edition that I played on Switch. While this might be a bit of an apples to oranges situation, my guess is that a second go around with the game and its engine helped the developers out quite a bit. This system isn’t perfect and you’ll likely start clicking through the wrong things en route to where you wanted to get into in the menus, but you’ll get there nonetheless.

While I’ve described lots of great aspects, there are some issues. Apart from the game’s length (which may detract some), load times take much too long. Loading in and out of a small home or a shop took up to a minute and a half in some cases. I’m not running this on a PS4 Pro, so I can’t speak to any additional optimization that system might offer over the standard PS4, but someone with limited time playing a game of this type can find themselves staring at a loading screen more times than they would like.  With regards to menus and inventory, there were odd issues with items popping in and out when you opened a chest or looted an enemy. I hope the team can improve upon optimizing these load times and bugs with patches/updates, along with the various other technical issues, because this game is too good to get bogged down by idle time spent.

UPDATE: After writing up my review, I have been running into crashes as I continue my play through towards the endgame. I also had some issues with a save file being corrupt (luckily I save via multiple saves) so I lost some progress (but most of it was load times). Some cursory searches online yield multiple people noting they had similar issues and have posted some workarounds (eg, delete old save files to help with crashes) but the number of issues are alarming. I’ve bumped my “Presentation” rating down to reflect this. I really hope the developers can get in front of these issues before it gets out of hand. 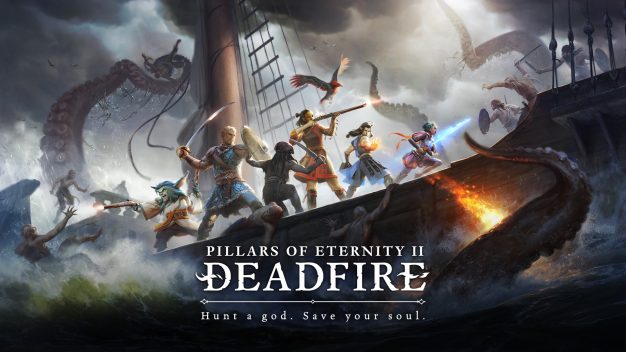 Pillars of Eternity II: Deadfire – Ultimate Edition is a fine RPG addition to anyone’s PS4 library. Apart from the technical issues, this game is a must play if you are a fan of older CRPGs like Baldur’s Gate or those who just enjoy a solid RPG experience. I could easily see myself sinking another 50+ hours into this game. But if you are short on time or don’t have the patience, you might want to pass this up. Also, be wary of bugs.

This review was based on a retail copy of the game provided by the publisher. Pillars of Eternity – Ultimate Edition is also available for Xbox One.

This is the Ultimate Edition

+ The critically acclaimed follow-up to Pillars of Eternity plus all the content! + Beautifully crafted world, excellent story and voice-acting +/- Turn-based combat – Load times take too long