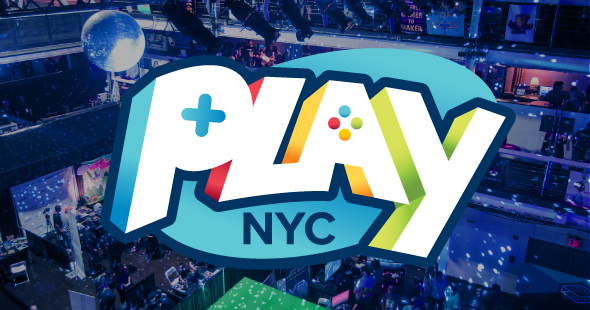 Play NYC 2018 has come and gone! The move to the Manhattan Center meant more space, and therefore, more games for developers to show off. Most games were shown on the ground floor while the second floor hosted a ton of titles in a cramped space. Despite this drawback, I managed to see a few game makers that had reached out to me prior to the show, as well as other programmers’ work while perusing the show floor. Let’s take a look: 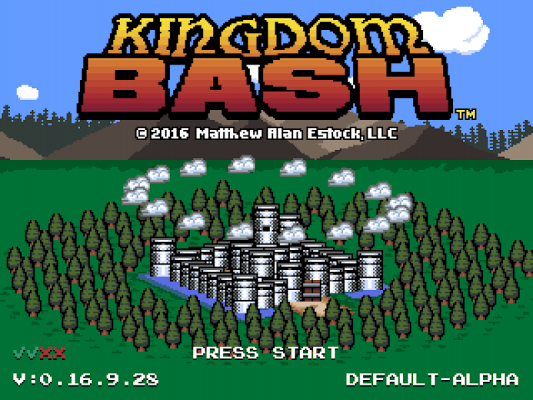 Kingdom Bash is a co-operative or versus PC game with up to four playable characters. Developer Matthew Alan Estock invited me to check out his game and see if I could beat him. The result? I could not. Indeed, Matthew knew his own game better than I did. 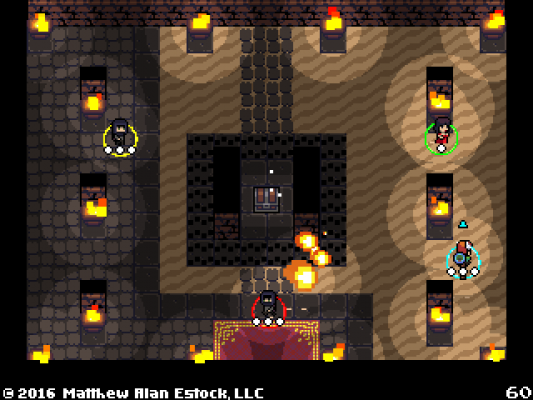 Taking clear inspiration from Towerfall Ascension, except with more freedom of movement, Kingdom Bash had a clear objective when I took the controller from Matt’s hand: kill the other character over and over until time ran out. Whoever had the most kills, won. Pretty standard Last Man Standing stuff.

The game has tight controls and interesting mechanics. Depending on the character you pick, you can be chucking fireballs, spears, or arrows at your opponents. Aiming can be done up, right, left, down, and diagonally. There is also a dash move that allows you to catch things like arrows but only if you are in the dash animation. If you dash and fail to protect yourself from getting hit, the slight delay until you can do so again leaves you wide open to attack. Additionally, you can only dash within a direction and not from a neutral position, which I found out the hard way. 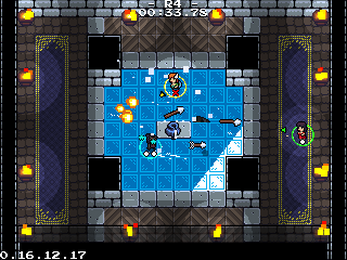 Powerups pop out of chests that appear in the battlefield. One makes you invisible; another gives you a shield; and there was one that slows you down to the point of being frozen, which pretty much guarantees a free kill. Matt ended up killing me constantly during the few minutes we played together, with my only wins coming from striking him while he was explaining something to me.

Kingdom Bash is a fun multiplayer game. It’s different enough than Towerfall Ascension to stand out on its own while retaining the great cat and mouse tension from that title when both players are readying an arrow to shoot at each other. It’s also in an impressively good state from just one developer working on it. Kingdom Bash can also be played in widescreen now. You can download a demo here and check out a trailer below. I’ll get you next time, Matt! 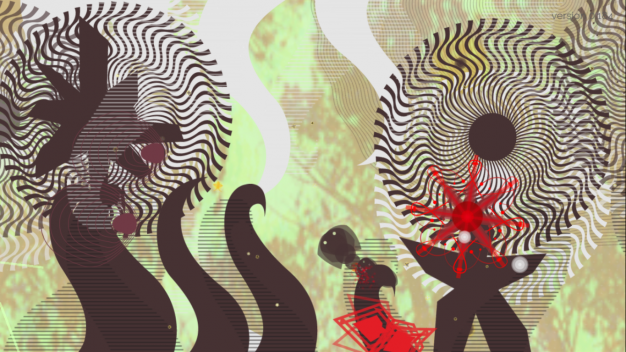 Developer The Sheep’s Meow’s title, Exposure, is a unique auto scroller that pans to the right while your little blob with eyes tries to survive being killed by merciless arrows and other sadistic shapes.

As you go through each stage, you’ll encounter other blobs that are your children. Pick them up to add extra hits to your life. Taking a page out of Ikaruga, your avatar in Exposure can switch between light and dark colors to help it blend into the environment. The challenge comes in the fact that you cannot see yourself when you are blending, so you have to feel where you are in relation to when you enter camouflage. Brilliant stuff.

As I made my way through level one, dodging alarmingly aware jagged shapes, I reached an end boss. I had to circle around the geometry while pushing little circles into it, which were either light or dark. It took a couple of tries due to the precision necessary to push the circles; it felt like you needed to take intentional damage to really drive into the boss.

Other than that issue I had with the boss, Exposure is a cool game. I enjoyed its premise and main gameplay concept, especially the inner gut feeling you have to use to pinpoint where your blob is when hiding. It’s coming soon to Steam and Xbox One, with more platforms yet to be announced. Check out its website here and a video below. 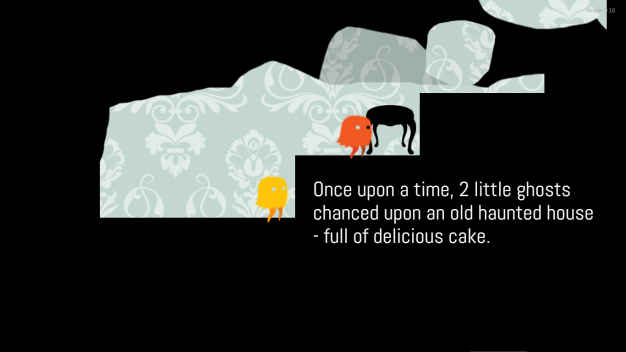 Another game from The Sheep’s Meow, No Body Home casts you or you and a friend as ghosts exploring an old house haunted by humans. The goal in each stage is to make it to the end door while eating candy and cake. So my typical Saturday night. 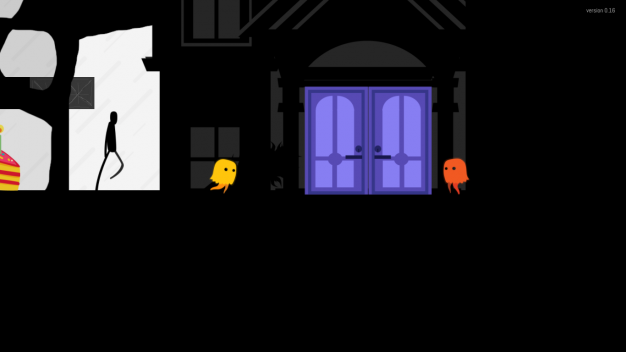 I ended up playing No Body Home with someone from The Sheep’s Meow. We played pretty much in sync: one of us would always be close to the other, helping each other to grab sweets or distract foes. Humans can only target one ghost at a time, so it was imperative that one of us distracted a person while the other made its way past. We also silently agreed upon finding the secret cake slice in each level. I think I found my soulmate. 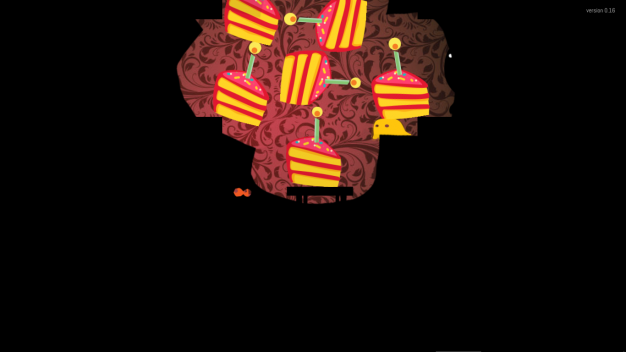 No Body Home is a title that is a ton of fun, though a lot of that enjoyment came out of playing with another person. The environments are a pleasure to navigate, especially when the light contrasts with utter blackness so you have to feel your way through. The strange sounds the ghosts make while jumping around are also adorable. Look for No Body Home on Steam in 2019, with more platforms to be announced later.

That’s it for Part One of our Play NYC 2018 coverage. We’ll be talking about more games in Part Two, coming in the next few days. Let us know what you think about the above titles in a comment below!