Let’s face it: despite the promise of new consoles and gems like Animal Crossing: New Horizons, the summer of 2020 has kinda sucked. Most big events have been cancelled and moved online, reduced to shadows of their former selves. I felt like nothing would excite me all season. And then Pokemon Go Fest 2020 happened, not only feeling like the major event it was, but also presenting possible improvements for the event in years to come. As in 2017 and 2018 (I was unable to attend last year), I’m sharing my experience with you so you can be prepared for the next event, and focusing on the parts that I found most interesting. 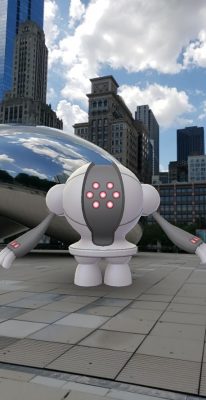 What makes Pokemon Go Fest 2020 different from previous years, of course, is the lack of specific physical locations. While previous versions of the event were physical gatherings with staff and environments with which to interact, that obviously couldn’t happen this time around. So instead, Fest was fully digital, not too different from other recent in-game ticketed events. Participants still had to buy tickets, but the supply wasn’t limited. I could have just played walking around my block, but I wanted a true event experience, and I also wanted to go somewhere with no shortage of raids and people participating therein: downtown Chicago. I know, some of you think I’m crazy, but my fellow players and I kept ourselves safe and sanitary. On the way over there on Saturday morning, we got started, finishing some of the research tasks early; none of them were too grueling. When we got downtown, I expected to see a ton of other players (recognizable by t-shirts and overheard dialogue), but there weren’t that many; I guess others had decided to stay even safer than we were.

To replace the physical habitats set up at the last two Go Fests, five “habitats” rotated hourly throughout Saturday, each bringing different wild Pokemon to be found. There were some really exciting ones popping up, including the likes of Gible, Unown, Alolan Marowak, versions of the Kanto starters wearing the Pikachu visors that have become synonymous with Go Fest, and the usually regional Heatmor and Durant. Shiny versions of Unown, Tangela, Woobat, Durant, and Heatmor all debuted as well. Catching these rare Pokemon and hunting for shinies was probably the best part of the event, and what I didn’t know at the time was, you didn’t even need a ticket to catch most of them. My friends and I spent a few hours walking around and catching as many Pokemon as we could, while also trying to participate in raids to catch shiny versions of the returning Groudon and Kyogre. Players can finally invite friends to join raids now, but we met with some technical difficulties, and often the countdown timers would finish before my friends even had a chance to respond to the invitation. 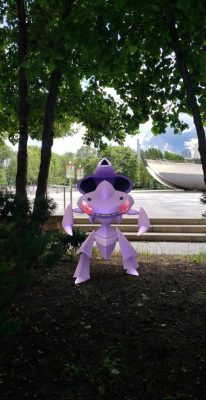 That said, there were more than enough raids to go around, and I made it my mission to catch another shiny legendary Pokemon. We made our way to Millenium Park, and that’s where we found a bunch of other players; it’s easily the best place for raids in the entire city due to its landmark status and plentiful Gyms. Unfortunately, my raid mission failed, but I did come home with a ton of other shinies, and my boyfriend caught those legendaries for the first time. One thing that was exclusive to ticket holders on Saturday was the Special Research, and I was very happy to see that it wasn’t going to be a grind. It actually felt a little bit too easy: I completed it while we were sitting down for lunch! And while I get that Niantic wanted people to be able to participate from home, I am a bit disappointed by how simple it all felt. But the rewards were nice, and I had an awesome time, catching a bunch of awesome new Pokemon and having a lot of fun with the AR camera feature (as you can see throughout this post). And Niantic encouraged this, with Wash Rotom photobombing pretty much every Snapshot. This was the first time one of the alternate forms of the Plasma Pokemon has been available in Go, so it was a good incentive to take some fun shots. And despite how much sitting we did, I was exhausted when we got home. However, I was also confused; there was no Mythical Pokemon to be found at the end of the research. It turned out, they were saving that for day 2.

While previous events have been the same on all days, the nature of day 2 of this event was kept a secret. Niantic said nothing except that it was something they’ve never tried before. People were pretty excited, hoping that we might see the debut of generation 6 Pokemon or Mega Evolutions. It was, unfortunately, not that amazing: instead, Team Go Rocket took over the event (breaking the fourth wall in some odd ways when you think about it), and the Special Research revolved around defeating each of the leaders, and then the main boss, Giovanni. Catching Pokemon wasn’t quite as big a focus on day 2, since all of the Pokemon that spawned had already spawned on day 1, but that still meant some rare and popular ones were available. It was definitely interesting, focusing on fighting Team Go Rocket, and fortunately, there were some bonuses active during the event to make that easier (normally I have a lot of trouble with the leaders, but during the event, it was no sweat.) I never paid that much attention to Team Go Rocket in the past, which led to some confusion. The Special Research told us to defeat the leaders, but I didn’t realize that you needed an active Rocket Raidar to find them; I’m not sure if the game just assumed I already knew, or if I missed the instructions somewhere, but it led to a lot of frustration. 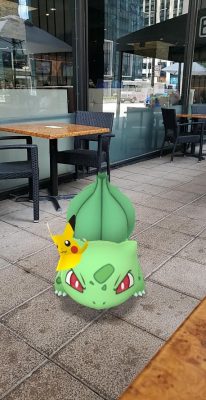 I followed more or less the same path I had on Saturday, though this time I spent a fair bit of it on my own. And once I finally found and defeated the villains, the rewards were something special. For defeating each leader, players unlocked the opportunity to capture Shadow versions of Articuno, Zapdos, Moltres, and for the first time, Mewtwo. As many players have found that there’s actually a benefit to keeping the Pokemon in their Shadow forms, this was really exciting. Maybe I was just lucky, but all four had very good stats; I actually got my first perfect 100% Pokemon ever by purifying the Zapdos. On day 2 only, it was also possible to teach Shadow Pokemon new moves to replace Frustration, showing that Niantic realized people weren’t always looking to purify their Pokemon. I spent less time out participating on Sunday than I had on Saturday, but I still had a great time, and caught some awesome Pokemon.

Now, it wouldn’t be Pokemon Go if there weren’t some issues (like the aforementioned raid invitations), but fortunately there was nothing game-breaking. Leading up to Go Fest, Niantic announced that there would be virtual team lounges where players could chat with teammates and participate in competitions and giveaways. But either this simply didn’t work, or it was too confusing to figure out. There was a page in the app with video content that asked you what team you were on, but the video content wasn’t live, and the schedule on the page ended midway through the first day. I’m assuming there was something going on, but honestly, I was too distracted by catching Pokemon to really care about it not working for me. The Special Research also left something to be desired; it felt shallow, especially on day 1. Part of that came from the research tasks themselves (and the small number thereof), but at least for me, part of it was also the flavor. With Professor Willow and other characters acknowledging that Pokemon Go Fest was an event for a video game, this year’s “story” failed to capture the immersion that Pokemon Go is known for. This is a small issue, of course, but I still think it was the wrong choice. 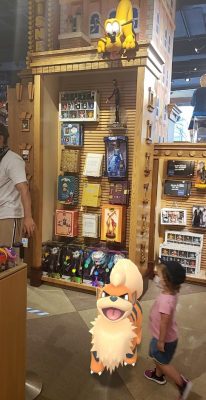 Regardless, I am so glad I participated in Pokemon Go Fest this year. In a year where everything else has been cancelled, catching Pokemon downtown with my friend and my boyfriend felt like an actual event, something that hasn’t really existed much this year. It felt like the first time in ages that I could forget about everything wrong with the world and just focus on something I enjoy. It sounds like I’m making too much of it, I know, but it really was just what I needed, and I’m glad I didn’t have to worry about being able to get a ticket. Don’t get me wrong, I do hope they do live in-person events again in the future; it just might also be nice to include a digital option for people who live or are visiting the location of the event but can’t get tickets. While it may have been different from previous years, participating without a specific physical location still felt like Pokemon Go Fest, and I hope more events like this are on the horizon.