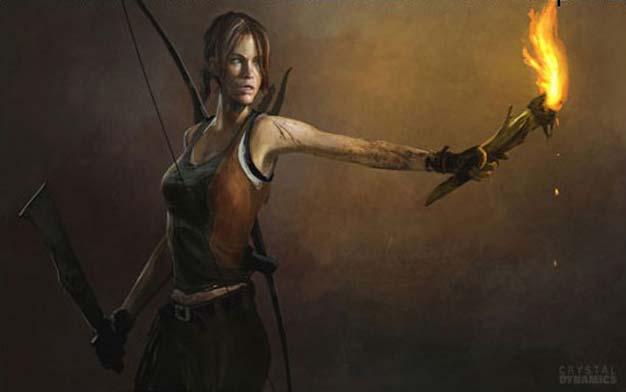 The folks over at 4Player Co-Op are asserting that a mole of theirs, deep within Eidos, alerted them earlier in the day with snapshots of new details for a Tomb Raider series reboot. The new concept art for Lara has her in a red tank top, a bow and arrow, what looks to be a hatchet and a torch. She’s also partially covered in mud, bringing a Christina Aguilera type of dirty sexy to the proceedings (anybody else smell advanced dirt technology being announced?). Other art depicts our fair maiden riding horseback (presumably covered in dirt) and fighting off demon smurfs (I think) with claw arms. Art of the enemies has a creepy looking Samara-via-Alex Mercer little girl and the aforementioned claw armed demons.

Other important details of note:

About the author: Sang Nguyen