Who fancies a round of golf then? No, I’m not making you go outside and get fresh air, nor am I making you load up something serious and long-winded. Today we’ll be looking a the fun and frantic game of minigolf and, more importantly, we’ll be putting, (sorry,) it in a new light. How are we going to make the said sport more interesting? We’re going to turn it into a deckbuilding roguelike, obviously! It’s called Golfie and it’s … interesting.

First and foremost, I am not a fan of sports. As a general rule of thumb, I’d rather stick hot needles in my eyes than be subjected to virtually anything that involves exercise. The game of golf is absolutely no exception. I don’t want to take a stick for a walk for three hours in the hope that I can put a small white ball into an even smaller hole that’s a long, long way away. Minigolf is a little bit different, but it’s still outside and it’s still around other people. I don’t like other people either so Golfie looked like it might just be right up my alley. Plus, it’s a roguelike so that’s asking for it right there.

Golfie, throws you against eighteen procedurally generated courses and asks you to complete them under par. Simple enough right? Okay first off, I love the idea of bladed swinging pendulums of death being added to the sport but they aren’t going to help your game. They would make turning the telly on worthwhile thought. The same applies here. These are just one of a series of objects and obstacles impeding your journey to that all-important hole. 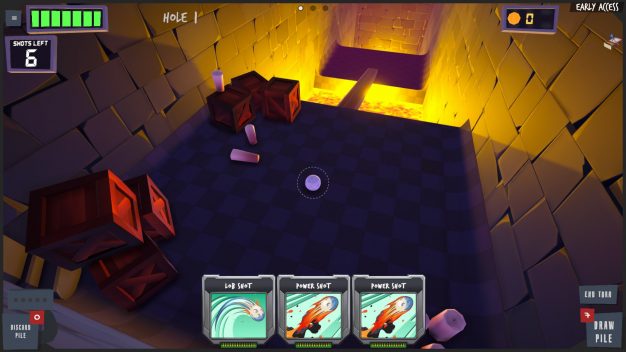 Yes, that glowy stuff is lava. Yes, you want to avoid it.

This is minigolf so we expect hindrances, that’s the point, this is taking that to an entirely new level though. Add to this that some of the courses are floating and suddenly we’ve got a few problems. It’s frustrating enough when you miss time a shot, it’s worse when your only just a fraction off and your ball goes missing into space. These are the trials and tribulations we face and although yes I’m complaining a tad these are also the things that make the game fun. Frustration can be a good thing after all.

So we’ve covered the golf part of Golfie. This didn’t take a massive amount of explaining really, I’m not a fan of the sport but I grasped the basics when I was like, ten. The roguelike element comes in the course layout and also the cards you will be given for doing well in the game. This brings us neatly onto the deckbuilding side of this title. You aren’t really interested in the type of clubs you’re using with this one, but rather the cards you’re being given. These cards will affect the speed, pitch, and power of your shot. These are only the basics though. After that, the rulebook gets thrown off a cliff and the laws of physics suddenly stop mattering. Do you want your ball to curve? Maybe giving it the ability to stick to objects would be a good idea, hell, why not just turn it into an impact grenade? That’ll make it shift when it bounces! All this and more are possible. 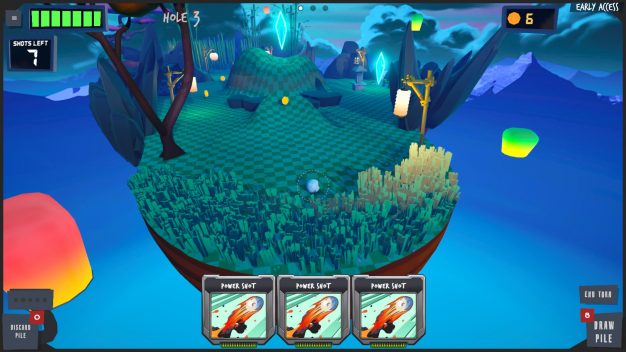 Every hole feels different. Which is good, because it is.

As you progress you’ll find floating crystals hovering about the place. If you hit these you’ll be given the ability to add a new card to your deck. The kicker here is that these crystals aren’t always sitting right in your direct line of sight. If you’re going for them you’re using shots, this also applies to hitting them. Remember, you want to finish under par so sometimes you have to forgo the goodies if you’re going to get past the hole. The joys of strategy, right?

You’ll also unlock cards and perks that give you a leg up in a series of other interesting ways and customizations for your ball by leveling up. You’ll get points for doing well in a run and these are transferred to you at the end. Get enough points and up you go. I’m a flying goldfish wearing a cheese hat at the moment, so there’s that. 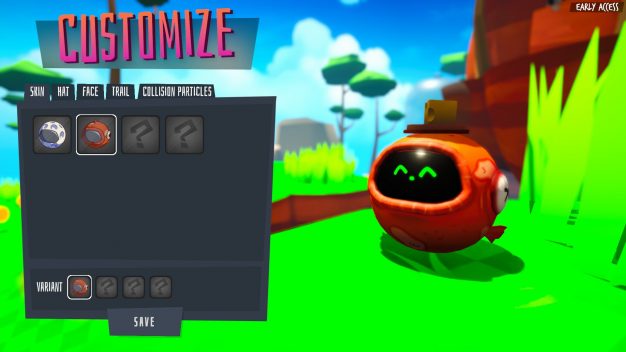 There are loads of cool ways to customize your ball.

Golfie is very much an Early Access release so doesn’t come without its niggles. These, of course, will be ironed out as development progresses and I’m sure a ton more is going to be added during that period too. This being said, we’ll not really mention any crashes or glitches at the moment. These won’t be there in the finished article. Let’s just say everything appears to be moving along nicely and some teething problems are to be expected.

The physics makes sense. This is so important to a golf game, or actually, any game involving accuracy. You’ll get frustrated when you miss the hole by a mile, fall off the map, or are ended by an obstacle but that’ll all be on you. You can’t blame the game and as this difficulty is part of the fun, no complaints there. Everything else is controlled with the mouse so we’re all good on that front. After that, it’s just a very colorful game of minigolf with some very interesting upgrades thrown into the mix. 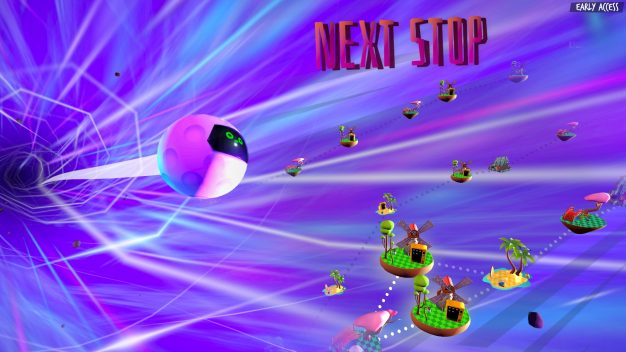 Every roguelike needs a map. Golfie is no different.

I’ll be keeping an eye on how Golfie progresses. At the moment it’s fun but clearly unfinished. When everything is in place and we have a fuller-looking title on our hands I think this will be a massive amount of fun. This is the sort of game that’s enjoyable on your own but I can see being a blast as you take turns with friends. Throw a certain amount of beer into the mix and this could really be a recipe for a good time.

If you want to get involved in the Early Access you can do this here. At the moment the game is fun but don’t expect miracles. I really think we’ll see Golfie come on leaps and bounds in the coming weeks and months though so this is a case of patience being a virtue. This is a party game in the making and I think it’s worth you going to see what the fuss is about. I don’t think you’ll regret it.